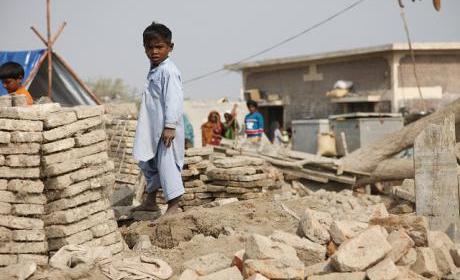 The European Union has launched a news website whose aim is to enhance the transparency of development aid. The struggle to make the provision of development assistance transparent has been always important, yet badly executed. The EU Commission, in cooperation with the Global Partnership for Effective Development, has launched a new online portal where all the information about the EU’s development and humanitarian assistance is available. The website aims to enhance the transparency of Europe’s development aid. The newly-created portal – the EU Aid Explorer – includes concise information on recipient countries, donors, sectors as well as new trends and developments in the EU development policy.
In addition to increasing efficiency and transparency, this new initiative also aims at informing Europe’s public about the EU’s development policy as well as contributions of each Member State. The EU is the world’s top development aid donor accounting for almost 56 percent of all contributions. EU28 are followed by the US (almost 20 percent) and Japan (almost 7 percent). Within the EU, the number one contributor is Sweden, which provided approximately 480 million euros last year. Sweden is followed by Germany, which gave about 421 million euros in 2013. On the other hand, the biggest recipient countries of EU development assistance are the Democratic Republic of Congo and Afghanistan. Interestingly, the emerging economies of India and China are the 3rd and 6th largest recipients of foreign aid from EU member states and institutions.
According to EU Commissioner for Development, Andris Pieblags, the new EU Aid Explorer should help enhance transparency of what exactly the EU development policy stands for, what it does for developing economies, and how it is funded. Despite positive intentions, the fresh website has been already criticized by development advocacies, such as PublishWhatYouFund (The Global Campaign for Aid Transparency), for the lack of new data (most of the data date back to 2012 and 2011) and non-adherence to the international standards of development aid reporting created by the International Aid Transparency Initiative (IATI). Moreover, PublishWhatYouFund says that the EU Aid Explorer comes up with the minimum of new information, as it mostly only compiles many existing sources on EU development aid.