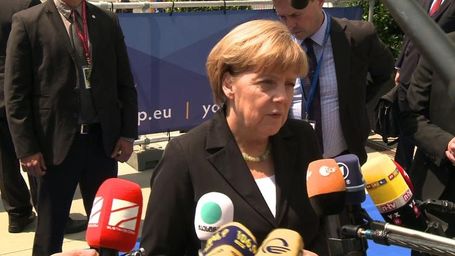 German Chancellor, Angela Merkel, confessed during the EU Council summit that the EU’s Youth Employment Initiative (YEI), which was launched last year, has been an absolute failure by now. In her own words, employment among the young is undoubtedly one of the main areas that the EU must work more on. In fact, job creation for the young is newly among the EU Commission’s key priorities for the next term together with migration, foreign policy, energy security, and the monetary union. In 2007 and 2013, youth joblessness was very high throughout Europe, soaring dramatically from 15.7 percent to 23.4 percent based on Eurostat’s data. At the moment, about 5.6 million young Europeans are without jobs. In the Southern economies like Greece or Spain, more than a half of the young are unemployed. In an attempt to halt the crisis, the governments of member states have launched the YEI at the cost of 6 billion euros. Member states had to submit their national plans at the beginning of this year, thus applying to receive money from the program.
Half a year after the submission of the plans, a single euro has not been spent on the YEI, Angela Merkel admitted. She thinks that the EU must be faster, more efficient, and spending money more sensibly. She emphasized that she was not pointing her finger at anyone, not blaming either member states or the Commission. Chancellor Merkel only pointed out that the “result is such that we need to change this”. The first country to have obtained the EU’s approval for its national YEI program is France. Paris is going to get 620 million euro for both the employment project and the European Social Fund. The money should be allocated to education and training of those young people who are unemployed, thus helping them to find jobs in those regions where youth unemployment is higher than 25 percent. Yet, although France’s plan was accepted, the Commission said that its own national reform measures were “insufficient”.