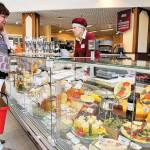 EU regulators have begun a process of impact analysis by checking every single product that may be affected by the Russian ban on EU food imports announced in retaliation for Western sanctions over Moscow’s actions in Ukraine. Earlier, it has been announced that a special €400 million euro EU compensation fund would be set up but the EU regulators have refused to assess as to how much of this money might be paid out to help farmers. A aim of the new task force recently launched by EU’s Agriculture Commissioner Dacian Ciolos is to identify alternative markets and to assess the fallout from Russia’s one-year ban on imports of meat, fish, dairy, fruit and vegetables from the U.S., the EU, Canada, Australia and Norway. Roger Waite, a spokesman for the EU Commission, told the media that “We still feel it’s a little bit soon to discuss the cost implications.” He then also explained that the Commission’s experts “are looking at every product individually. We hope that by Thursday of this week, we will be in a position to have a clearer picture of the potential impact so that we can discuss it with the member states.” On the same day, agricultural experts from the EU’s 28 member states will meet in Brussels on Thursday to plan a coordinated strategy.
After Brussels imposed its toughest sanctions yet against Russia in response to Russia’s annexation of Crimea and support for separatist rebels, Moscow finally imposed sanctions aimed at Western food imports. Yet, many analysts have since asserted that these sanctions are likely to inflict more damages to Russian economy, particularly hurting Russian consumers, rather than on Western exporters. Meanwhile, a Turkish decision to exploit the “window of opportunity” created by Russia’s ban on EU food exports has been criticized by Greece that will likely bear the brunt of the sanctions. With a whole 41 percent of Greek exports to Russia being agricultural products, Athens has been particularly angered by the fact that Ankara promptly responded to the Russian food ban by extending an olive branch to Moscow. The Turkish finance minister, Nihat Zeybekci, explicitly stated that “Amid a deadlock among Russia, Ukraine, EU and USA […] we will approach even more Russia”, while adding that his country would draw a comparative advantage from the Russian embargo.