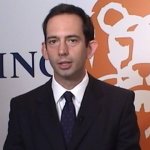 Investors are about to assess the health of the European economy this week as intensifying conflicts in Ukraine and throughout the Middle East worsen the economic outlooks globally. In contrast to the United States and Great Britain, which have not only overcome previous troubles but are now growing steadily, the economic health of the eurozone is once again shady. The euro area economy has been stagnant again for three months to June. The deterioration has been mainly caused by slowdown in Europe’s number one economy, Germany. Moreover, Italy, another major economy of the continent, appears to be slipping back into recession.
James Knightley of ING commented that both the UK and the U.S. had again ranked among fastest-growing economies this year and the prospects were looking very favourable for the next year as well. “In continental Europe, this situation seems to be going into reverse”, he added. The condition is not being helped by the sanctions that the West imposed on Russia, nor by the recent air strikes of the U.S. military forces in Iraq with the aim to help the Iraqi government pacify Islamist militants across the country. On Thursday (14 August), the European Commission is going to publicize data on economic output of the eighteen countries of the common currency area for the second quarter of this year. At the same time, Germany will announce its own gross domestic product for the April-June period. Neither Germany nor the entire EU18 are anticipated to demonstrate any improvements compared to the first quarter of 2014.
Among the biggest obstacles to a sustained growth in Europe are currently the repercussions of the sanctions that Russia has recently imposed on the Western countries. The EU is only now trying to calculate how much loss can be expected in the sectors that are most exposed to the side-effects of the sanctions. The ongoing conflict in eastern Ukraine combined with worsening ties between the West and Russia has shaken the confidence of investors in the European continent immensely. As Gregor Eder of Allianz concluded, “for a long time, the market has been ignoring the geopolitical risks”.