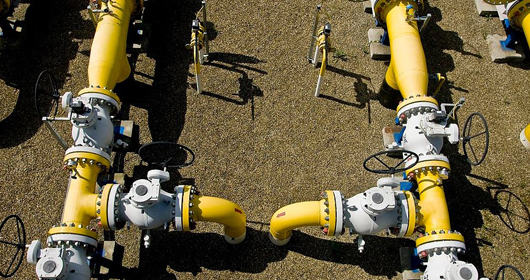 Lithuania and Poland have requested the European Union to cover up to 75 percent of the costs to build the planned 500 kilometer-long gas link at the cost of 558 million euros between the two countries, which aims, in line with the EU long-term strategy, to reduce the massive energy dependence of the three ex-Soviet Baltic states on Russian natural gas imports. Earlier in the week, Saulius Bilys, general manager of Lithuania’s gas transmission grid operator, Amber Grid, stressed that “The submission of a joint applications for the EU support is an important step into the implementation of the project aimed to integrate the isolated gas markets of the Baltic States into the EU gas market,” in addition to increasing the security of natural gas supply and competitiveness of the regional market. Lithuania plans to launch its liquefied natural gas (LNG) imports from Norway in 2015, which will, however, cover only about 20 percent of its annual consumption. Poland, which gets most of its natural gas from Russia, also plans to start importing LNG.

In a separate but related development, Greece has asked the European Commission to devise a strategy to ensure LNG is available for the countries in the Balkans in case Russian gas supplies are disrupted due to the crisis in Ukraine. To that end, Greek Energy Minister Yannis Maniatis sent a letter to European Energy Commissioner Günther Oettinger, in which he proposed an EU emergency mechanism to guarantee that surplus amounts of lower-priced LNG are reserved for EU Member States affected by gas shortages instead of being sent to other destinations. The Greek minister also expressed his concern about the possibility of serious disruption in supplies to Europe during the coming winter, whose consequences for Greece and other Balkan countries could be much severe than to other EU markets. Russia cut off natural gas supplies to Ukraine on 16 June this year in a dispute over unpaid bills, prompting concerns about possible disruptions in the coming winter particularly in the Balkans and Greece that depends on Russia for about 60 percent of its natural gas imports.