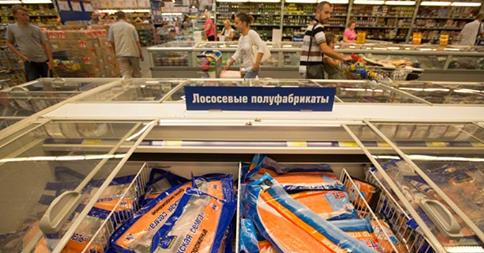 Russia’s ban on the fruits and vegetables imported from the European Union along with a weak demand from Turkey stand behind the hopes that European full-fledged recovery would be based on exports. Exports from the eighteen eurozone countries fell by a half a percent in June compared with May to stay at 162.2 billion euros. Jessica Hinds, an expert at Capital Economics, said that June’s trade data from the single currency area demonstrated that the external sector remained too fragile to drive the domestic recovery in the region. Euro area exports dipped by a 14-percent after the fall in demand from Russia and an 8-percent slump in demand from Turkey, which is economically also going through hard times.

According to Christian Schulz of Berenberg Bank, sluggish external demand was among the main factors contributing to the slowdown in the eurozone export-led recovery between April and June. Brussels was hoping that the European economic comeback would be led by more demand from those periphery economies that had implemented reforms recommended by the EU. Yet, policy makers now fear that the Ukrainian crisis will take its toll on economic growth this year and some EU leaders, like Slovak and Hungarian Prime Ministers, warned that the West-imposed sanctions on Russia might seriously hinder the European economy. Mr Schulz added that it was not only the Crimean crisis but also temporary slowdown in the United States and in some emerging countries that contributed to Europe’s cumbersome economic results.

Last week’s statistics showed that the eurozone economy stopped growing in the second quarter with Germany being the only major European economy posting a significant increase in exports. Germany rose 3 percent compared with the same period last year. Exports from the southern European economies, Spain, Portugal, and Greece, went down by 1 percent for Spain and Portugal, and by 8 percent for Greece. In contrast, demand for eurozone exports went up in Great Britain and China, by 8 percent in both countries.