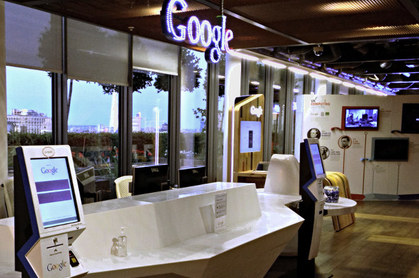 Google is about to invest €150 million in an emerging fund designed to help European newspaper publishers and other media and journalistic organizations. The announcement comes only a fortnight after the European Commission had said that the company is misusing its dominant position in the market for general Internet search services in the EU by systematically favouring its own products in the general search results pages. Brussels moreover initiated a separate antitrust investigation into Google’s Android system. The investigation will try to establish whether the tech giant has entered into anti-competitive deals or abused its position in the field of operating systems, applications and services for smart mobile devices.

The partnership between Google and Europe’s news publishers, which is called “Digital News Initiative”, offers training, support, and research, including the access to the innovation funding. Europe’s major publishers, such as Financial Times, The Guardian, Les Échos, NRC Media, El Pais, La Stampa, Faz, and Die Zeit, are already participating. However, large media groups such as News Corp and Axel Springer are not currently taking part in the partnership.

The new partnership will reportedly deal with the way how to make Google News work for sites that have pay walls. Google’s Head of Strategic Partnerships, Carlo D’Asaro Biondo, said that the company was considering giving extra weight in its search results to firms that are generally known for reporting on certain topics or issues. More details about the partnership was revealed yesterday (April 29) at a media conference in London. Last year, Google had to close down its Google News service in Spain to prevent publishers’ content from appearing on it. The closedown occurred not long before a new law was to come into effect that would have made Google pay news organizations for snippets of news and linked content.