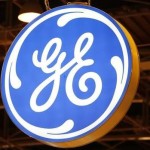 The European Commission yesterday (8 September) approved GE’s partial takeover of Alstom’s power generation portfolio. GE’s €12.4 billion bid for Alstom’s power equipmentisthe American company’s largest ever acquisition. GE now must sell Alstom’s heavy-duty gas turbines business to Ansaldo, which is 40 percent owned by the Italian investment fund FondoStrategicoItaliano and another 40 percent by China’s Shanghai Electric. The EU thinks that GE’s assets will make Alsando more competitive. EU Competition Commissioner,MargretheVestager, said that what was important for the EU was “the EU technology pass on to allow innovation”.
Commissioner Vestageralso suggested that the EU’s blessing for the partial takeover should still be interpreted as the Commission’s effort to encourage competition. GE, formerly known as General Electric, now must finalize the takeover as early as possible in the fourth quarter. According to Vestager, about 95 percent of the deal is not problematic since the activities of both companies generally do not overlap. Therefore the thermal power generation businesses (other than gas), grid and renewables did not raise any competition concerns. However, the antitrust chief said that it was crucial that Alstom’s turbine portfolio was divested. Mr Vestagerfurther defended the Commission’s decision by saying that without the merger EU consumers would have paid more for energy and innovation would have shrunk in a key market to fight against climate change.
She added that “advanced heavy-duty gas turbine technology is the most efficient, cleanest and flexible fossil fuel power generation technology, and an important complement to more unpredictable generation from renewables – when the wind stops blowing it is mostly flexible gas-fired plants that can step in.”GE is the largest manufacturer in the world and Alstom is the third biggest out of four players globally. Brussels initially warned that without the divestment of key parts of Alstom’s gas turbines, GE and Siemens would have been endangered.