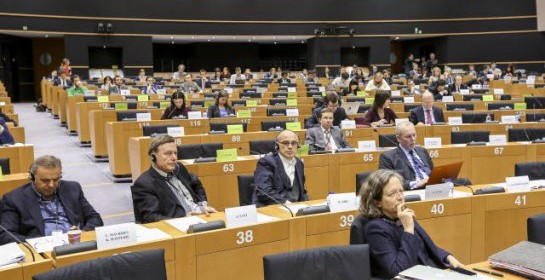 Foreign Affairs Committee MEPs issued a statement that the key political and administrative reforms needed in Albania were progressing but they were still insufficient to start EU accession talks. In a separate announcement, the Committee welcomed the EU membership application of Bosnia and Herzegovina.

Albania would like to start accession negotiations but the EU Parliament says that it must first of all strengthen its reform efforts in major areas, such as judicial system, the rule of law, the fight against corruption and organized crime, fundamental rights and public administration. However, despite the efforts of the Albanian government, MEPs are still concerned by widespread corruption, lack of progress in health care and education, as well as “widespread self-censorship among journalists, who are sometimes physically obstructed from covering specific events, assaulted, or threatened because of their work”. In contrast, MEPs praised Tirana’s commitment in fight against radicalization and terrorism and urged it to share more information with the EU Member States.

At the same time, Foreign Affairs Committee welcomed the application of Bosnia and Herzegovina and called on “the Council to examine this application at the earliest opportunity”. Moreover, MEPs encouraged the country to carry on with their constitutional, legal and political reforms to make a steady progress towards the EU. The resolution drafted by the Committee also condemns the idea of holding a referendum in Republika Srpska on Bosnia and Herzegovina’s state-level judiciary, because, it says, “this challenges the cohesion, sovereignty and integrity of the country”. The Committee also raised its concerns regarding corruption in the country as well as the increasing pressure of the political elites on the judicial system. The resolution also calls on the government to boost their efforts to ensure more effective countrywide cooperation between the police, intelligence and security agencies in the fight against terrorism.