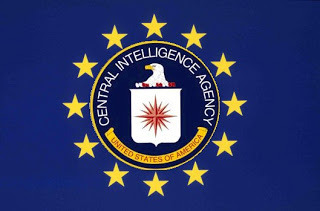 Angered by reports alleging that some European countries have collaborated with the CIA in its rendition program, European MPs have called on the European Commission to investigate whether the EU rules were breached when the CIA used European transportation for the transfer of suspected Islamist extremists.
They adopted lately a resolution denouncing the involvement and cooperation of some EU countries with the US Central Intelligence Agency in its controversial covert detention and transfer of prisoners of the War of Terror captured in Afghanistan, Pakistan and elsewhere in the World.
The EU MPs named specifically thirteen European countries believed to be in the US secret renditions. These are Lithuania, Romania, Poland, the UK, Italy, Finland, France, Sweden, Belgium, Greece, Ireland, Latvia and Slovakia.
The resolution of the EU Parliament was adopted by 286 votes to 180 with 114 abstentions. It calls for an investigation into the alleged human rights abuses, illegal detention, torture and ill-treatment of detainees during the CIA rendition operations.
The non-binding resolution decried the impunity and complicity of some European countries which allowed the US secrete program to continue unchecked.
The MPs called for empowering the EU Parliament to investigate such violations in the European bloc and voiced disappointment over the European Commission’s refusal to respond to the Parliament´s recommendations made last September in this regard.
The European MPs call on the next Parliament (2014-2019) to follow up on this issue and stand ready to address any new development or lead, saying the Parliament inquiry into the US NSA surveillance program and surveillance bodies in Europe is part an oversight of intelligence services to avoid abuses.
The is new resolution turns again the international spotlight on the moral and legal grounds of the CIA’s use of torture and “extraordinary rendition” after the September 11 attacks – practices that triggered worldwide uproar. When US president Barack Obama, came to office in 2008, he signed executive orders closing Gitmo and banning torture.
But some analysts still wonder whether these renditions are still occurring? It’s really hard to know because in the field of covert operations, nobody knows for sure what’s going on!!.