Automatic Stabilizers for the Euro Area: What is on the Table? 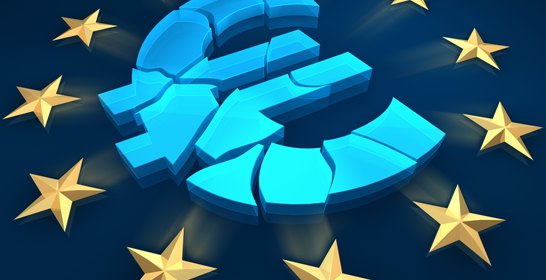 The Eurozone crisis has revealed some persistent shortcomings, of which probably the most significant problem is the uneven business cycle in the Eurozone countries. Since the emergence of the common currency, individual countries have continued to vary in the speed of their economic growth or other economic indicators, such as inflation. The problem lies in the fact that the European Central Bank (ECB) can only have one monetary policy, whereby this situation inevitably causes harm to some countries.

This effect is alleviated by the EU‘s ‘four freedoms’ – the free movement of persons, goods, services and capital. However, this mobility is not yet sufficiently developed in the Union and it is therefore necessary to create new stabilization mechanisms to balance economic cycles. During the intense debate among academics and politicians, several proposals have been presented on what these stabilization mechanisms might look like.

The so-called ‘Cyclical Shocks Insurance’ constitutes one possibility. Under this proposal, the Eurozone would create a fund to which the Eurozone countries with an above-average economic growth would contribute, while those countries lagging behind at that point could tap into this fund. The advantage of this model is a likely compliance with the EU’s primary law and therefore the possibility to implement the model without changing its treaties. The disadvantage is, on the contrary, the inability to generate ‘savings’ within the system for the times when the whole Eurozone is in trouble.

Another option is the so-called ‘Reinsurance’, under which countries would contribute to a reserve fund from which the money would be paid out only at the time of a deep crisis. The advantage of this option is the ability of the system to respond to the crisis affecting the whole Eurozone, while the disadvantage stems the fact that it is difficult to establish criteria for what constitutes a deep crisis. Therefore, when the mechanism should be triggered would probably have to be decided by a new EU institution, which carries the risk of a democratic deficit.

The third alternative is the ‘European Unemployment Insurance’. Under this proposal, a small part of the income of each individual would be paid into a fund that would provide support to the unemployed, which would essentially mean a money transfer to those countries with economic problems. The advantage of this model is its clarity for European citizens, though its main drawback stems from the necessity to change the EU treaties, which would take at least a couple of years.

All three proposed mechanisms have their pros and cons. However, many of their aspects remain unresolved and the possible implementation of one of these models into practice will ultimately depend on the decision of European voters and politicians.

(The study can be downloaded here:http://www.delorsinstitut.de/en/publications/automatic-stabilizers-for-the-euro-area/)