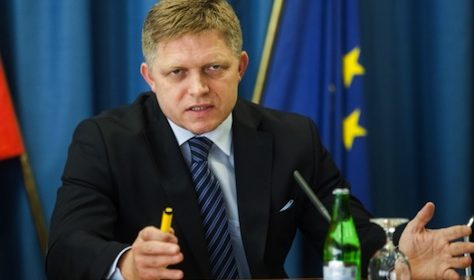 Slovak Prime Minister Robert Fico said that Slovakia was a pro-European island in its region. He pledged earlier this week that his country would keep a pro-European path. His reassurance comes a day after the Czech Republic had elected a media tycoon that is expected to take a hard line on the European Union. Mr. Fico said that his pro-European foreign policy declaration was apt and timely and was backed by President Andrej Kiska and Parliament’s Speaker Andrej Danko.

Andrej Babis, Czech Republic’s second richest citizen, has promised to abolish the Czech Senate and rewrite election laws. His party had taken about 30 percent of the vote while the ruling Social Democratic party had taken only about 7%. Mr. Babis, who had also called for warmer ties with Russia, a ban on Muslim immigration, and a more defiant attitude toward the European Union, called his victory a triumph over the establishment. “We want to defeat this clientelistic-corruption system,” he said.

With the election of Mr. Babis, the Czechs have joined the Poles and Hungarians in electing leaders who prefer national interest to the broader European values. Slovak Prime Minister has been in power for past 11 years and has clashed with the EU authorities in the past. His tone has, however, softened since the election of Emmanuel Macron in France. He said that he would like to steer Slovakia into a “core” of Europe, even if its neighbors wanted to stay on the fringes.  Anti-EU sentiment has been on the rise in the 5.4-million Slovakia as well but with its small economy driven by exports of cars and electronics, Bratislava has more to lose from alienating Brussels than its bigger neighbors.