EU Migration Predicament: An Overwhelming ‘No’ to Immigration Quotas 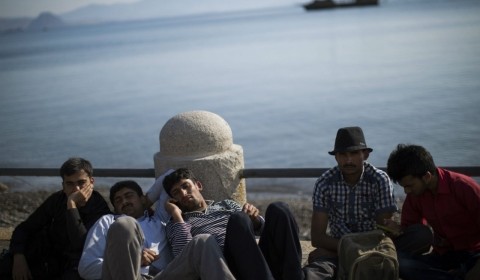 While an international rescue fleet saved almost 5,900 migrants from rickety boats making the perilous journey across the rough Mediterranean seas from North Africa to Europe over the weekend (6 and 7 June), European Member States are still debating how to handle the refugees and migrants once they are ashore. Although the EU has bolstered its presence and the rescue operation in the Mediterranean, many, if not most, European states are opposed to the controversial proposal recently submitted by the European Commission to find a fairer way to admit and distribute asylum seekers across the EU territory.

Italian Prime Minister, Matteo Renzi, has reportedly lobbied the Commission hard. Last month (27 May), the EU executive came up with concrete proposals, which also included its plans for the relocation of 40,000 refugees from Greece and Italy to other EU Member States, as well as the resettlement of 20,000 refugees from outside the Union, across the EU. However, since the Commission’s scheme must first be adopted by the Council, using qualified majority voting, following a consultation with the European Parliament, the plan will likely be rejected.

Based on the proposed scheme, the 28 Member States would be required to accept asylum seekers in proportion to the size of their economy, unemployment rate, and population. Most EU countries have expressed their skepticism or at least reservations about the plan. While France originally supported the immigration strategy, it has now made a U-turn after the Commission unveiled its quota system. Paris would possibly now adopt the quota numbers, though it asks that the refugees already arrived in France be retroactively taken into account. Germany has indicated overall approval towards the Commission’s proposal, but also called for corrections and also appealed on other EU members to “meet their responsibilities.”

Meanwhile, the Spanish government has rejected the Commission’s proposal to place refugees on its territory because such a plan must, first of all, be – in the words of the country’s Minister of Foreign Affairs, Jose Manuel García-Margallo, “proportionate, fair and realistic”. As for Poland, its Prime Minster, Ewa Kopacz, has clearly stated that she opposes any kind of mandatory or quota system and if the country were to accept any refugees, then the latter would be selected based on religious criteria – the refugees should all be Christian. Last, but not the least, the Czech Prime Minister, Bohuslav Sobotka, is strongly against EU migrant quotas, though his government is in principle ready to extend a helping hand, but on a basis of a sovereign state decision and not as a part of a compulsory system.