Kosovo-Serbia Tensions: The Most Complicated Process in the Balkans 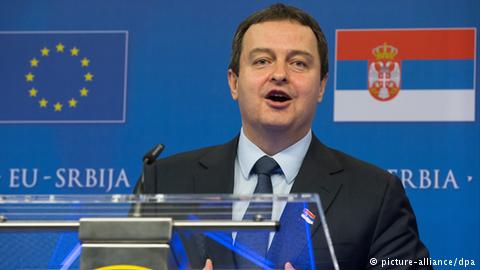 The tensions between Serbia and Kosovo are the “the most complicated process in the Balkans at the moment”, the head of the EU’s office in Pristina has said. Both sides need motivation and encouragement from the international community to finally normalize their relations and make a progress on their way to EU membership.

Kosovo, one of the six Balkan countries trying to join the bloc, has made great strides on its way to the EU including all-important visa liberalization but still needs to work more on fighting organized crime. Kosovo that claimed independence from Serbia in 2008 has been recognized by most states in the international community, though five EU countries still do not recognize it due to their own separatist challenges at home – namely, Spain, Greece, Cyprus, Slovakia and Romania.

According to Nataliya Apostolova, the EU special representative in Kosovo, non-recognition – especially in the EU – is still a major concern in the country. She added that the issue is brought up every time the EU authorities interact with their Kosovan counterparts. “They are a bit concerned because there are still five non-recognizers among member states, so in a way, they think “even if we progress quite well on the reform agenda, at the very end, we are going to be stopped again… because we have status neutral of five member states’”.

However, the issue of Kosovo is not purely an issue of the recognition. Wider Serbia-Kosovo relations are concerning. According to the senior EU official in Pristina, their mutual relationship “is extremely vulnerable and sensitive because we know the history and the legacy behind it. But the dialogue is the only game in town because there is no other way the normalization of relations between Serbia and Kosovo could happen.”