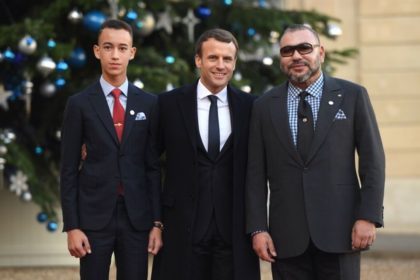 French President Emmanuel Macron lauded Morocco’s ability to handle migration under King Mohammed VI, citing the Kingdom’s leadership on the global migration agenda. Mr. Macron spoke highly about the human dimension underlying Morocco’s migration policy, noting that the 11th World Forum on Migration next December in Marrakech would be a chance to take lessons from the policy launched by Morocco in 2013 to make migration and asylum more humane.

“Morocco’s commitment to attach a human dimension to migration is precious,” said Emmanuel Macron in a message to King Mohammed VI on the occasion of the Throne Day. “During the 19 years, Your Majesty has taken ambitious reforms benefiting Moroccans,” said Mr. Macron. He also added that Morocco was playing a vital role in the Mediterranean region and the whole of Africa where the Kingdom was elected to the African Union’s supreme decision-making body.

France is one of the key EU players leading the relationship building with North African countries and Emmanuel Macron expressed its satisfaction with the current state of affairs between his country and Morocco. He also stressed that the French-Moroccan relations were poised to deepen further in the current context and emphasized the need to reinforce cooperation in the fight against terrorism and radicalization.

Morocco joined the African Union early this year after a 33-year absence despite some resistance from AU member states over the status of Western Sahara. The vote to bring Morocco to the AU thus brings the conflict back to the spotlight. Morocco considers Western Sahara as part of its territory and has controlled two-thirds of the territory since 1975 when Spain withdrew from its North African colony.