US to Default for the First Time in History? 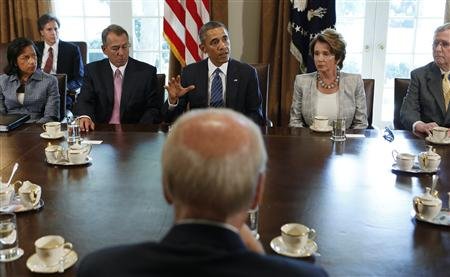 According to US Treasury Secretary, Jacob J. Lew, the US government will be forced to default on his debt for the first time in its history if the debt ceiling is not raised by October 17. The secretary estimates that the US is about to exhaust its ‘extraordinary measures’ – about 16 trillion USD debt limit. By then, the country is expected to stay with about 30 billion USD cash compared to the estimated expenses in mid-October, which are likely to be about 60 billion USD.
As a result, governmental offices, except for national security ones, have been closed since Tuesday, October 1, and earliest estimates speak about 0.1-percentage-point drop in economic growth for one week of shutdown. US Commerce Secretary, Penny Pritzker, added: “The shutdown is not good for business. It’s not good for the economy.” Moreover, the shutdown has also curbed the ability of Pritzker’s department to collate economic data.
The widening impact of the shutdown raises concerns among investors and stakeholders worldwide. The US economic is the number one economy in the world, and during these turbulent times no one needs another shock to withstand. The US administration has been, moreover, forced to postpone the negotiations on the EU-US trade agreement, upon US trade representative Michael Froman informed that the US had been unable to send a full negotiating team to Brussels.
To remind, the current situation has been caused by the unwillingness of the Republicans to support the extension of debt ceiling, which they have also connected to the issue of Obamacare – President Obama’s health care health insurance program – as Republicans have sought to delay for one year the options to buy health insurance for individuals.
The solution to the ongoing shutdown is hard to envision since President Obama is not willing to resume negotiations with the Republicans over the budget issues unless they pass a bill to restart governmental offices as well as increase the 16.7 billion-borrowing limit to prevent the administration from default.