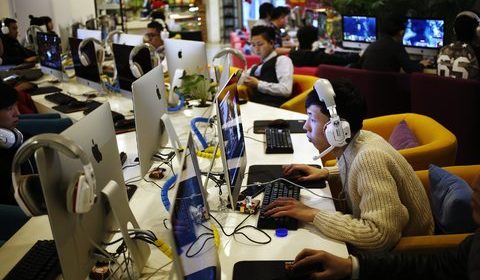 European companies operating in China need to get their act together and accelerate their preparations for the intensification of the Communist Party’s so-called ‘national reputation’ system, a report from the EU Chamber of Commerce in China has warned. What is also widely known as a ‘social credit’ system has been mooted for its population for several years, but it was earlier in April that regulations released by the Communist Party’s Central Committee presented a plan for a monumental database also for companies that would include information on “registration, administrative licenses, administrative penalties, ‘blacklists’, tax payments, social security payments, utilities bills, storage and logistics.”

China’s system of collating “reputation” scores for both individuals and companies in a massive database has gradually been implemented for years but European companies aren’t ready, says Jörg Wuttke, the EU Chamber of Commerce president, adding that “the corporate social credit system could mean life or death for individual companies.” With this database due to be largely operational by next year, “the overwhelming absence of preparation by the European business community is deeply concerning,” says Wuttke. The system already applies to Chinese companies, so the Chinese government does not see any reason for exempting foreign companies.

While the expected intensification in scrutiny is likely to catch some European companies off guard, the degree to which such the ‘social credit’ system impacts companies’ operations in China will ultimately depend on the wider relationship between China and the West, whereby commercial interests will, generally speaking, come first, says Steve Tsang, director of the SOAS China Institute at the University of London. “If a particular European company is providing vital technology or products that the Chinese need in the process of decoupling from the Americans, I think they will probably get away with a lot of things that would otherwise have earned them poor social credit,” explains Tsang, adding that “if it is a European company manufacturing things which the Chinese themselves are perfectly capable of manufacturing and they get poor social credit…they will be whacked.”