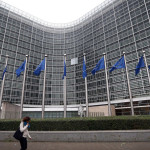 The European Union and the United States agreed on a data protection agreement that will enable Europeans to sue over improper use of their personal data in the United States. The deal covers the personal information data transferred to the U.S. for law enforcement purposes. For four years the block has been struggling to negotiate the deal, which is believed to eventually pave the way for the realization of EU’s ambitions tocollect air passenger data. The clause is sought by Washingtonafter years of talks over how to protect the personal data and fight terrorism and serious crime at the same time.
EU Justice Commissioner, Vera Jourova, said in a statement that the deal would ensure “a high level of protection of all personal data when transferred between law enforcement authorities across the Atlantic”. U.S. Attorney General, Eric Holder, explained that it would allow EU nationals to seek redress in American courts if their personal information released by their home countries to American authorities is subsequently disclosed.
Following the historical experience with surveillance by fascist and communist dictatorships, Europeans are reluctant to allow giant U.S. companies to hand over personal data including those of EU citizens citing security reasons. The concerns tightened in the aftermath of the 2013 leakage by Edward Snowden, which provided evidence of a giant network of U.S. spy operations including EU Member States. The scandal moreover reiterated the need to strengthen the voluntary 2001 ‘Safe Harbor’ agreement meant to make U.S. companies respect EU regulations on commercial use of personal data. Commissioner Jourovahas recentlyexpressed her hope thatboth sides of the Atlantic would soon be able to finalize the data protection dealwhile also strengthening the ‘Safe Harbour’ agreement, which some lawyers described as “broken”.