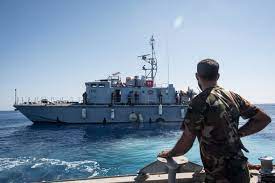 The EU is preparing to help train Mozambique’s armed forces, amid wider ambitions for a stronger European military capacity. Military trainers and soldiers to protect them should be deployed well before the end of the year, EU foreign relations chief Josep Borrell said on Thursday (6 May) after meeting defence ministers in Brussels. “The Mozambique government has been asking for help, we will try to send a training mission … in order to contain the security situation,” Borrell said. The mission in Mozambique will added to the list of the six military and 11 civilian security-training and monitoring EU missions abroad, most of them in Africa and the Middle East.
Portugal, a former colonial power in the African country, already sent some 60 special-forces personnel to help train local troops last month. “Portugal has already offered half of the staff [for an EU mission] and sent military instructors, but that has to be considered as an advance to be integrated into a European Union training mission if we finally agree,” he said, adding that “the political will [among EU states] is there.” Mozambique has been fighting an Islamist insurgency in its gas-rich Cabo Delgado province for the past four years. But the new sense of urgency comes after militants attacked the town of Palma in March, killing locals and foreign workers, and prompting French energy firm Total to put its project there on hold. Some EU countries have also formed “battlegroups” of up to 1,500 soldiers which could, in theory, play an active combat role in emerging conflicts, but these have never been sent into action in the 14 years since they were drawn up on paper.
Meanwhile, Brussels also mulls using new special ‘peace’ fund designed to deliver military aid, to support Libya’s coast guard. The idea was recently proposed in an internal document by the EU’s foreign policy branch, the European External Action Service (EEAS). This news comes as 15 boats packed with about 1,400 migrants landed on the southern Italian island of Lampedusa on one single day (9 May), and officials said they were expecting numbers to increase as the weather improved. This prompted the EU’s commissioner for home affairs, Ylva Johansson, on Monday (10 May) to call for the bloc’s countries to show “solidarity” with Italy and “support with relocation” of the migrants, many of whom are expected to apply for asylum. “I know it’s more difficult in these pandemic times but I think it’s possible to manage, and now it’s time to show solidarity towards Italy and to help in this situation,” she said. In the past few weeks scores of migrants have reportedly died while trying to cross the Mediterranean to Europe from North African countries, especially Libya.
In a separate but related development, Turkey and Germany have agreed that all foreign mercenaries in Libya need to leave the country, but Turkey’s Foreign Minister Mevlut Cavusoglu said on Thursday (6 May) Ankara has a bilateral agreement with the Libyan government for its troops to be stationed there. A day earlier German Chancellor Angela Merkel told Turkish President Recep Tayyip Erdogan that the withdrawal of foreign troops from Libya would be an “important signal” as both leaders vowed to support the new interim government. “There are many foreign fighters and mercenaries present in Libya. We agree that they need to withdraw,” Cavusoglu said. But “intervention” by third parties into bilateral accords covering military training and support would be wrong. “I think that foreign mercenaries and legitimate presence there should not be confused,” he said, without specifying whether Syrian fighters would be pulled back.