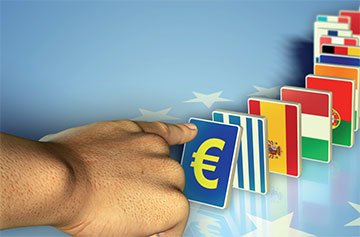 The European Union is going to fine six major banks – JPMorgan, Deutsche Bank, HSBC, Credite Agricole, Societe Generale, and the Royal Bank of Scotland – following a thorough investigation into the suspicion that the latter have manipulated interest rates. EU antitrust regulators levied costly fines upon the bank, which are the first financial punishments from Brussels.
The punishment comes two years after the European Commission accused some banks for the suspicion of ‘playing’ with Euribor – a benchmark rate that is used to help price financial agreements worth about 250 trillion EUR including both mortgages in the eurozone’s periphery but also complex financial derivatives of the most solid players of the currency bloc. The Commission, being Union’s highest antitrust authority, was alerted by Barclays, the investment bank, who will not be fined.
The fine is connected only to the fixing of Euribor, but those financial institutions that have been additionally accused of manipulating the London interbank offered rate – Libor – could be punished during the upcoming month. Some of the banks involved have already negotiated a compromise with the European Union that could decrease their fines by 10 percent. Such settlements are useful in preventing the entire matter from dragging on for many years.
Moreover, a number of banks are not likely to be penalized at the moment because there is a chance of contesting the size of the proposed fine. Much is at the stake, as for breaching antitrust law, the EU might fine transgressors up to 10% of their respective annual global revenues. All six banks involved make yearly at least 16 billion EUR, meaning that the fines will end up in hundreds of millions. Moreover, costs could rise even more if banks’ clients who believe, that they have been harmed by the rate fixing, will seek settlements.