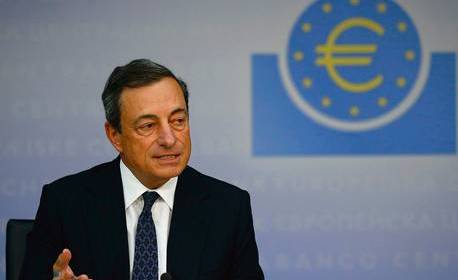 Although current prospects of economic recovery in the eurozone seem rather sloppy, the European Central Bank (ECB) is about to send a positive sign this week. The ECB has decided to increase monetary help. Moreover, given a drop in inflation by 0.7 % in October, economists expect that the ECB’s chief, Mario Draghi, will hint that the balance of risks will be eased again, mainly because of recent strengthening of euro that hurts exports. However, experts also feel that the ECB should wait with ‘dovish’ signs until December, where more forecasts and figures become available.
So far, the ECB has implemented a number of measures, among which a decrease in the main refinancing rate is expected to draw most attention from media. Other options that are being considered are, for instance, a drop in the deposit rate to below zero or a pledge to refinance another long-term transaction to make sure that banks are liquid enough. Especially the former is believed to have a significant effect on money market. Moreover, the ECB’s most recent survey on bank lending proved that credit constraints may soon be relaxed, while the euro zone periphery seems to be reviving modestly. For example, Spain marked a fragile positive growth in the third quarter.
National central banks are also involved in boosting the gradually emerging delicate growth rates, which are being hampered by pressure on commodity prices following China’s slumbering demand. Alan Ruskin, chief currency strategist at Deutsche Bank in New York, said that while a number of central banks are likely to “write off disinflation as a lagged response to output gaps, generally G10 monetary policy will remain easier for longer on a global scale.“ For instance, the Bank of England is expected to maintain the short-run policy rate at 0.5% despite the fact that the British economy grew significantly for half a year. The Fed, by contrast, kept the policy unchanged in the previous week, and it is therefore very unlikely that it will decide to reduce its bond purchases from $85 billion a month until 2014. This decision was influenced mainly by the U.S. government shutdown, which had a negative impact on economic indicators.