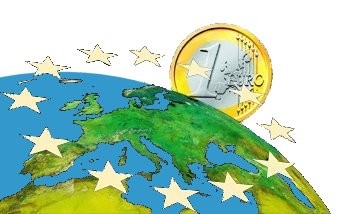 Towards Deeper EMU: New Dividing Lines in the European Union
Juha Jokela (Finnish Institute of International Affairs)
Exceptional political decisions taken in the fight against financial and economic crisis and reforms aimed at strengthening economic and monetary union (EMU) opened some old wounds and created new political dividing lines within the European Union. The profile of the European politics today is created by an uneven distribution of financial assistance to affected/indebted states of the monetary union, but also by a division between the eurozone and the states standing outside the euro area.
At the outset of the millennium, the United States, due to the willingness of its allies to join the war effort in the Middle East, created a distinction between “old” and ” new” Europe. However, nowadays, the EU witnesses – due to the debt crisis – the re-emergence of the divide between North and South. This divide is indicative of different political and economic visions. On the other hand, Juha Jokela from the Finnish Institute of International Relations argues that the former estrangement of East and West in the EU is decreasing. Most recently, the EU is no longer divided into old and new members but rather to the lenders and the borrowers; a divide that geographically corresponds with the location of countries hit by the crisis.
While the states of the Eurozone, seeking to increase their influence in the EU, symbolize the core of the EU, other countries, like the United Kingdom, distance themselves from the European development. In addition to the British reluctance to join the current political processes in the Union, there appear to be other dividing lines for the future integration. While states have demonstrated the ability to push aside Britain’s reluctance to join the EU affairs, they fail to defend deeper economic integration before the voters in their own countries. Some also point to the new division between pro- and anti-European forces that have recently appeared both within and outside the Eurozone. Strengthening of the populist and eurosceptic movement is reflected at European level, which would make the future development of the EU more difficult.
(The study can be uploaded here: http://www.fiia.fi/en/#tab1)

Why Come Here If I Can Go There? Assessing the ‘Attractiveness’ of the EU’s Blue Card Directive for ‘Highly Qualified’ Immigrants
Katharina Eisele (Centre for European Policy Studies)
Encouraging immigration of highly skilled workers from third world countries to the Member States of the European Union is the cornerstone of a new concept of a common European migration policy. To enable immigration from third countries, in the so-called ‘Stockholm Programme’ agreed on in 2009, the European legislators adopted a regulation defining a Blue Card, which aims to establish a single European labor market conditions that would attract highly skilled workers from outside the EU. In her speech in May 2013, the European Commissioner for Home Affairs Cecilia Malmström stressed that Europe needs skilled workers who will contribute to the economic viability of the EU. She further pointed to some serious deficiencies in the current labor market and suggested that the EU is not utilizing the potential talents and skills of the immigrants.
The Blue Card is officially perceived very positively by the European institutions. The European Commission stresses that the main advantage, when compared to EU competitors (mainly USA and Canada), is its access to 28 labor markets, and thus the possible professional growth in response to the specific requirements of companies in the EU. However, it is necessary to ensure an admission system of workers that would guarantee the same rights to all of them in all member countries. The free movement of workers should be assured as well so they could respond flexibly to the changing demands in the labor market. For these reasons, the blue card has become a necessity in the sphere of a common migration policy.
In practice, the Blue Card has been very attractive for institutions within the EU from the beginning – however, the current version of the Regulation of the blue card largely ignores the requirements of employers as well as workers themselves, who still face a slow and difficult bureaucratic process. At the same time, the blue card does not meet the original intention of the Commission to put an end to 28 different national systems of admission of highly-skilled workers to the EU states. The blue card can therefore be only considered as a kind of improved work permit.
(The study can be uploaded here: http://www.ceps.be/)

EU Adjustment to New and Evolving Trends of International Security
Tomáš Weiss (Instituto Affari Internazionali)
The international security environment has undergone far-reaching changes in recent years. New powers have emerged on the international scene, which has generated a new power configuration among states and unveiled new threats.  As a result, states must adapt to this shifting, more complex international environment and rethink their strategies and instruments of security policy.
The European Union acts as one of the emerging powers. Although the EU does not act as a political player in itself, it still serves as a forum for its members through which they can enforce their security policies. The EU’s role as a security actor is still growing. The EU’s security policy is based on the assumption that all security threats are linked to one another, and therefore a complex response system should be developed – terrorism, proliferation of weapons of mass destruction, organized crime, failed states and regional conflicts are intertwined.
Although the EU has managed quite successfully to adapt to new security challenges and has a large potential, it could not cope with the new distribution of power in the international political system. The inconsistency of the EU’s foreign policy is now most apparent in its relations with newly emerged powers. Disagreements among its member states, but also inconsistent and unclear institutional framework of the EU, are to blame. The more important the third country that Brussels needs to deal with, the lower the level of coherency of the EU strategy. The fact that the European Union failed to define a common position not only towards China, India or Brazil, but also towards the United States, is one of the reasons why the EU cannot become of the world’s leaders in the matters of security.
(The study can be uploaded here: http://www.iai.it/index_it.asp)

What Should Be the Position of National Parliaments in the Construction of a European Political Union?
Claude Bartolone (The Robert Schuman Foundation)
Since the beginning, the role of national parliaments was an important element of democratic legitimacy in the EU. The Treaty of Lisbon itself says in Article 12 that “National Parliaments contribute actively to the proper working of the EU.” The national parliaments perform at different inter-parliamentary levels from ratification, implementation to monitoring committees for European Affairs. National parliaments occupy an unusual position in the structure of the European Community.
At a time when we experience an economic crisis as well as the crisis of sovereignty, the EU should push national parliaments to the center of attention. It should effectively coordinate fiscal policies of all national parliaments, and in particular establish a budgetary framework in Brussels, while also setting the priorities of integration, such as the recent proposal by the French President Hollande to create an “economic government in the eurozone”. This project, though lengthy, would ultimately strengthen the stability of the eurozone. Of course, this proposal should not affect the stability and the essential nature of Parliamentary scrutiny. The reform must also be accompanied by deeper reflection on what the sovereignty of national parliaments should be like and what should be decided collectively at the level of European Community.
Today, after five years of crisis, we must address serious issues threatening the democratic balance of the Union. On the one hand, we feel the need for democratic legitimacy of the European Union. On the other hand, some of the supervisory powers of national parliaments are being lost. This antagonism has a simple solution: it is necessary to put national parliaments to the center of European affairs and strengthen the position of parliamentarianism in the institutional balance of the European Union.
The aim should be to create a “Congress of Parliaments”. Such Congress will represent parliamentary dimension of European economic government. Financial solidarity will have to be addressed on the basis of national guarantees, taking into account national budgets and harmonization of fiscal policy. If we continue to distance ourselves from the national parliaments, which have budgetary responsibility and are in daily contact with European people – the cornerstone of democracy – we can never achieve the coveted goals.
(The study can be uploaded here: http://www.schumanfoundation.eu/)