New Episode of EU-Ukraine-Russia ‘Love-Hate Triangle’: To Be Continued 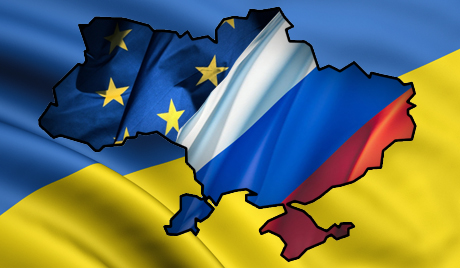 After Ukraine had rejected to go ahead with the Association Agreement with the European Union, EU leaders admitted that “a time for reflection” was needed. Five years after the EU initiated the negotiations on a Deep and Comprehensive Free Trade Agreement (DCFTA), the Ukrainian parliament said “no” to further deepening of the EU-Ukraine trade ties that should have replaced the present Partnership and Cooperation Agreement between both parties, which dates back to 1998.

The EU is among Ukraine’s most important trade partners, and accounts for approximately one third of its external trade. Ukraine’s main exports to the EU are mostly iron, mining products, steel, and machinery, while EU exports to Ukraine mainly chemicals, manufactured goods, machinery, and transport equipment. Since Ukraine joined the World Trade Organization in 2008, the EU strongly believed that closer economic integration could help the country to embark on economic reforms to eventually prepare Ukraine for a membership in the EU. Yet, the agreement that should have covered all trade-related areas, including services, intellectual property rights, and customs or public procurement, was not signed, which naturally raises a vexing question: What is going to happen next with EU-Ukraine trade?

Ukrainian President, Viktor Yanukovich’s, failure to sign the Association Agreement was to a great extent influenced by mounting pressures from Moscow, which threatened it would have retaliated if the deal had been endorsed. Yanukovitch likes to quote risk of losing billions of euros when evaluating the impact that Russia’s retaliation could have on Ukraine’s trade balance. Moreover, he also newly asserted that the DCFTA would actually cost Ukraine much more when compared with how much the country would benefit from deal – this is allegedly because Kiev would have to invest millions of euros in upgrading trade standards so that they would meet strict EU criteria.

Brussels, on its part, seems to have taken offence by these blatant “cost-benefit analysis” by the Ukrainian president. Yanukovich had not only tremendously miscalculated and misinterpreted the benefits of the DCFTA for Ukraine, but he had also rebuffed EU’s proposal to reconsider both his last-minute refusal to sign the EU-Ukraine deal and his country’ triangular relationship in which he apparently likes to see Russia as a veto-wielding ‘arbitrator’. Maybe in order not to disappoint European partners once more, he declined to change the course of Ukraine’s relationship with the EU before the next presidential elections that he hopes to win in 2015. Meanwhile, the pro-European opposition in the Ukraine also clings to the hope that perhaps through the ongoing mass demonstrations will shake Kiev and move the country closer to its European destiny. Yet, Brussels does not nourish too much hope despite mumbling that the EU is interested in furthering relations with Ukraine no matter what.

According to the European Commission, Yanukovich’s “propaganda” against the trade deal with the EU simply cannot hide all those sweeping benefits for the Ukraine. Brussels estimates that the DCFTA could save the country up to 500 million euro every year just in import duties, and Jose Manuel Barroso even hinted that in the long-run the Association Agreement would contribute 6 percent to Ukraine’s gross domestic product. Moreover, it is believed that the deal would likely give an impetus to loan negotiations from international financial institutions.

Now, the outcome and the direction of this economic “gerrymandering” between the EU, Ukraine, and Russia are very difficult to forecast. The EU keeps repeating that “the door remains open” but how likely is it really to keep the current trade status quo between the EU and Ukraine? If Kiev ultimately preferred to join the Russian-led free trade area known as the Customs Union, this could effectively mean intensification of trade links between Kiev and Moscow at the expense of the EU.

Therefore, unless the pro-European protests are strong enough to bring about a political change, or unless Moscow finally realizes that the Cold War is over, Yanukovich’s Ukraine may remain in Russia’s backyard – indefinitely.