Venus versus Mars: The Transatlantic Relationship in Global Times 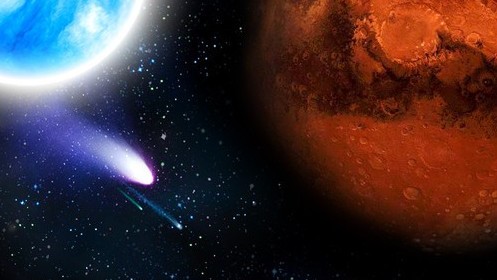 Since World War II, Europe and the United States have not only succeeded in building prosperous, peaceful societies through the Marshall Plan, the founding of NATO, trade and economic relationships, but have also created a solid, cooperative partnership. The origins date back to 1953 when the European Union and the US established diplomatic relations. The cooperation was not formalized till November 1990, with the Transatlantic Declaration. Since December 1995, the New Transatlantic Agenda (NTA), has provided the legal framework, weaving a network of channels and bodies, such as the famous “Dialogs”, which have contributed significantly to progress and achievements. Yet, beyond some well-known accomplishments in several fields, the substantial grounds of the relationship or, in other words, the reason why the partnership has remained vital and indispensable for half a century might lie in the recognition of and the will to preserve shared values: democracy, the rule of law, human rights, individual liberties and, last but not the least, the market economy.

We might wonder how the relationship has evolved since its establishment. Certainly, during the last three decades there have been structural changes in the international arena to which the strategic partnership has had to adapt, redefining its purpose. These include:

In this singular context, the transatlantic relationship has been more robust and fruitful in many areas of economic policy such as trade and regulation. As a matter of fact, the EU and the US combined have the largest bilateral trade and investment relationship in the world, totaling roughly 31% of the world trade and over 53% of the world GDP. In foreign affairs and security issues, Europe and the US have shown different approaches and lines of action. Needless to refer in detail to the controversial article “Power and Weakness”, where Robert Kagan alluded metaphorically to ‘Venus versus Mars’ to describe the conflicting views Europeans and Americans hold. In ancient mythology, Venus is the Goddess of Love; Mars, the God of War. Taking this parallelism, Europeans live in a world ruled by law and institutions, which incarnates the Venus influence, whereas America’s guiding principle is the use of force – the Mars mark.

“American Exceptionalism” crystallises in the conviction that the nation´s security is best protected by the expansion of democracy worldwide. This doctrine has at times led to the display of military presence, nuclear arsenals and intelligence services for the purpose of safeguarding democracy. Certainly, the tension between isolationism and liberal internationalism has traditionally been present in American foreign policy. The former Bush Administration embraced unilateralism, predominance and disregard for international institutions, agreements and cooperation. It represented the isolationist paradigm. President Barack Obama has adopted the strategy of national renewal and global leadership, a strategy that has aspired to rebuild the foundation of American strength and influence upon diplomatic engagement, multilateral cooperation, respect for international law and international institutions and concern for global affairs. Whatever the paradigm might be, either closer to isolationism or to international liberalism, the US regrets that European security still depends on American protection: Europe has failed to become an effective international security actor. Although the Lisbon Treaty may have to some degree succeeded in enhancing its global role, the EU still remains a “military worm” and NATO is the umbrella where Europeans find comfort.

In the Strasbourg-Kehl NATO Summit in April 2009, the Heads of State shaped a New Strategic Concept to articulate a new security vision, pledging to address asymmetrical threats including terrorism, cyber terrorism, ballistic missile attacks, and proliferation of weapons of mass destruction. The Strategic Concept clearly states that an active and effective European Union contributes to the overall security of the Euro-Atlantic area. However, owing to the considerable cuts in its member countries’ defense budgets – a natural consequence of the devastating effects of the financial crisis in the Eurozone, the unwillingness to invest in its military capabilities (drones, electronic intelligence) that are often denounced in Europe as the obstacle to national sovereignty, or the somewhat limited interest to progress in building the so-called “smart defense”, Europe has often been considered as a “free rider” – to put it simply, because it has not developed tools of hard power. For this reason, in the eyes of the Americans, the EU is often seen as an untrustworthy partner, weak and divided.

So, what are the prospects for the relationship?

Some analysts have noted President Barack Obama´s greater interest in Asia and emerging markets and have attributed this swing to the incapacity of Europeans to become a global player in terms of influence and visibility. Others, on the contrary, have argued that the economic crisis and the rise of China have significantly nurtured Euro-Atlanticism. In short, opinions are diverse. As usual, the “formal” view, expressed during the EU-US Summit in 2011, reaffirmed their close partnership, rooted in shared values and experience, recognized their deep interdependence and strengthened their commitment to bring greater prosperity and security to their 800 million citizens.

Regarding future prospects, America’s and Europe´s “joint mission” in the new millennium is crucial. Despite periods of trouble and uncertainty, these two need to forget their diffferences and find common ground to act together. In the current international society of multi-polar structure, growing interdependence, confronted by rather complex global challenges, Europe and America should take the lead as a “Benign Tandem”, engaging countries and international organizations in multilateralism and in the promotion of democracy, human rights and the rule of law. The Transatlantic Relationship is irreplaceable and can represent a new paradigm to interpret and envision the “post-communist”, globalized world order.