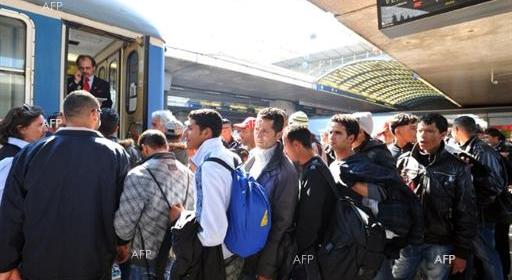 Swiss firms, farm, and hospital lobbies urged voters not to accept a proposal of right-wing politicians to impose immigration quotas for European Union citizens again saying that passing of the draft of the law “Stop Mass Immigration” in a referendum on February 9 would not be good for the Swiss economy. According to a recent poll, 36 percent of voters oppose the law which is a decline from 52 percent in October last year.
The proposal is an idea of the largest party in the Swiss parliament – Swiss People’s Party. The party thinks that Switzerland has lost control over migration with allegedly disastrous effects for both the economy and society. The party states that immigration causes severe undercutting of domestic workers, raising land prices and rents, and posing a lot of pressure on educational and health systems.
Representatives of the Swiss People’s Party said that the lobbying parties were purely interested in their own prospects without being ready to discuss social and economic problems induced by 80,000 newcomers annually. They added that Switzerland should be in charge of who is entering the country, for how long, and under what conditions, stressing that they are not against immigration itself.
Under the Swiss system of direct democracy, the people have the final say in plebiscites on a myriad of issues. The official data says that about two million of the eight-million people living in Switzerland are not Swiss, which is by 3.3 percent more than two years ago. Although the country is not a member of the European Union, it enjoys tight ties with the block including relaxed labour market conditions. Switzerland axed migration quotas for EU nationals seven years ago, which equalized the position of EU and Swiss workers on the labour market. The current proposal is in favour of re-imposing the quota system again, which Brussels is not entirely happy about.