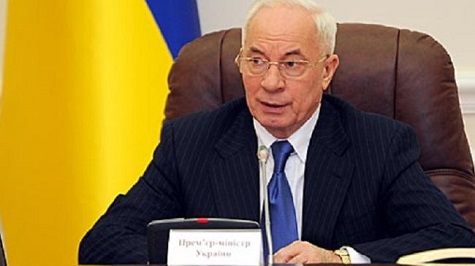 Ukraine is seeking 20 billion euro in return for the EU deal before the country signs a historic association pact with the bloc, Kiev announced yesterday. Prime Minister Mykola Azarov proposed to solve this problematic issue via financial assistance offered by the EU, which, as Kiev calculated, should be worth 20 billion euro.
Brussels has already stated that he would not provide such a loan since the EU is not interested in getting involved in a bidding war for Ukraine’s future. Brussels’ spokesperson added that the EU would not be playing around any figures, and emphasized that the 28-country block thinks that the broad deal is good as it is, and mainly it is still on the table after protracted negotiations. According to the EU leadership, Ukraine’s future should not be given by any tender, bid or an auction.
Last month, the Ukrainian government decided not to sign the landmark association and free trade agreement with the EU28 to a great extent due to mounting geo-political and economic pressures of Moscow. This unexpected and sudden move triggered the country’s biggest series of protests and riots since the pro-democratic Orange Revolution in 2004. Among others, protesters demand also resignation of Prime Minister Azarov.
In response, Mr. Azarov said that Ukraine wants to sign the deal with Brussels, yet it is waiting to create such conditions that will minimize possible losses to the economy while stressing the speculations about Ukraine entering a possible customs union with Russia and former Soviet Republic are not true. In his opinion, the loan that Kiev asked from the EU would be part of a strategy to cover possible losses if Russia retaliated in the case of Ukrainian “yes” to the historic departure from Russia towards free trade agreement with the West.