Deutsche Bank to Pay 1.4bn Euro in a Settlement 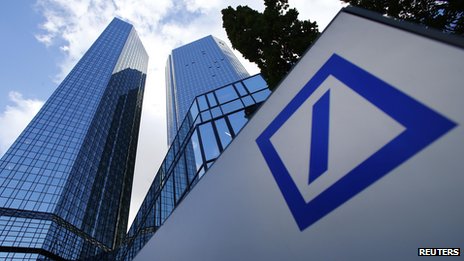 Deutsche Bank, Germany’s biggest bank and lender, is about to pay 1.4bn euro to settle a lawsuit with the United States Federal Housing Finance Agency (FHFA). The lawsuit accused Deutsche Bank of breaching both state and federal laws when selling financial derivatives backed up by mortgage loans to Fannie Mae and Freddie Mac between 2005 and 2007. The fine comes as the most recent in a series of many settlements over mortgage-backed products that involved also the biggest players in the banking sector
According to the bank’s top officials, this settlement marks an important step in the efforts of Deutsche Bank to resolve its legacy issues. The bank’s management believes that more progress will be made in this respect in the upcoming year.
Freddie Mac and Fannie Mae needed a bail-out from the US government five years ago. They both played a crucial role in the US housing market by purchasing mortgages and “wrapping them up” as guaranteed bonds. Yet, the fall in housing prices at the beginning of the crisis in 2008 caused them about 30 billion USD losses while exposing drawbacks in some of the derivatives and financial products that banks had been selling to them. The FHFA has been suing the banks involved in this case, including the most important players such as Citigroup, JP Morgan, Wells Fargo or the Bank of America.