S&P Downgrades Europe by a Notch 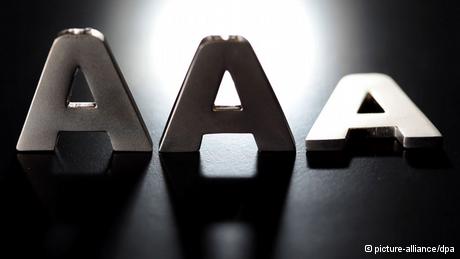 Standard&Poor’s (S&P), the ratings agency, downgraded the rating of the European Union by one notch to AA+ due to the concerns regarding the new budgetary framework. S&P stated that EU budget talks have become too contentious, which indicates that the agency considers mounting risks with respect to the support of the block from some other member states. The negotiations on the 2014-2020 budgetary framework were indeed tough, especially due to the contradictory goals of Germany and Great Britain on one side and southern member states on the other side. While the former wanted to cut down some of the items, the latter insisted on the opposite.
The Brussels leadership showed their disappointment and frustration with downgrading. EU’s chief commissioner, Jose Manuel Barroso, was slightly shocked by the news saying that the block has no deficit, no debt, and very strong budget revenues from own sources. It is therefore surprising that it “deserves” one notch down. He said that the EU disagreed with the opinion of “that particular ratings agency”. Carsten Brzeski, chief economist at ING Bank, calculated that the EU has indeed only about 55 billion euro of outstanding debt that has to be repaid. This amount is less than half a percent of the block’s total gross domestic product. In fact, Brzeski argued that the EU’s borrowing costs are very low – only 30 basis points above Germany – so S&P ratings are unlikely to have any impact on investors at all.
In its official statement, the ratings agency insisted that the overall creditworthiness of the 28 EU member states had declined. A month earlier, the agency had decreased the rating of the Netherlands – one of the last remaining AAA-rated countries. As a result, for the time being there are only three triple-A countries – Germany, Finland, and Luxembourg – in the entire block.