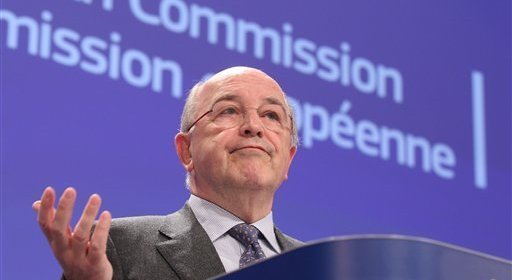 The European Union represented by Competition Commissioner, Joaquín Almunia, said  (6 February) that it had managed to reach an agreement with Google that would effectively sort out the accusations of Google’s abuse of its near-monopoly market power. As a result, the internet giant has agreed to concessions in the way it exhibits search results of its competitors in Google search machines. Commissioner Almunia said that this should be attractive for the market as Google will promote the services of its rivals in the same way as it does to own services.
The EU Commission has been investigating the possibility of violation of antitrust laws by Google since November 2010. The issue came to the fore after Google’s practice of promoting the results of Google Shopping and Google Maps at the expense of its competitors became rather widespread. Kent Walker, senior vice-President of the company, commented that Google would be making substantial changes to the way it operates in the EU. He said that Google had worked hard to find common ground with the Commission on the issues that were raised by Brussels. Acceptance of concessions, for instance, saved the company from many years of additional legal wrangling.
As part of the deal, Google acceded to a monitoring body that should closely watch the practices of the company when promoting services. Although it is Brussels who will name the watchdog, it is not yet clear who it could be. The mutual agreement furthermore allows Google’s rivals to opt-out. If competitors do not wish to take part in the advertised parts of Google’s pages, they will not be dismissed in the company’s search results using Google algorithm settling top searchers.
Google’s European competitors have in the meantime rallied against the deal saying that the proposed version of the agreement “conceals” discrimination and makes competitors’ prices rise. The deal makes them pay Google for advertising and placement which is similar to that of Google’s own adverts. This in turn undermines the capacity of others to compete and increase the number of choices for consumers.