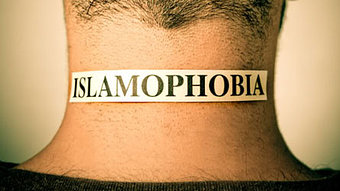 EUBULLETIN: As a Muslim and scholar of Islam who has been living and working in Germany for five years, what is your view on and perhaps also personal experience with Islamophobia in Europe?

S.Hasyim: I think in Germany the Islamophobia is slowly decreasing – the position of Muslim people in Germany has become quite significant now, when compared to the 1990s and it is especially because right now the government of Germany provides and proposes lots of policies and programs designed to assist the Muslim community to integrate. Firstly, it is in the area of high education. For instance, the institute at Freie Universitaet Berlin, where I did my PhD, proposed a good initiative for the German government provide a place for Muslim intellectuals both from Germany and outside of Germany, actually from everywhere, to do PhD in a very good education quality. But what is particularly significant is that this opportunity is provided not exclusively for Muslim scholars but it is rather a program focusing on Muslim issues. This means that the students are not necessarily only Muslim students, everybody can study there, but what they have in common is that they study about Islam. Secondly, the German government also provides a special education for preparing the imams and, as far as I know, this program in opened in five German universities to educate the imams to get a Master’s Degree in Islamic Studies.

EUBULLETIN: But what about other European countries with sizeable Muslim communities, such as France or the UK?

S.Hasyim: Looking at Europe as a whole, I am optimistic – especially when looking at the academic circles, as I have just pointed out. I think the future is also promising particularly because from the side of the Western European governments, I can see that they are trying to understand the importance of Islam. They have now realized that the presence of Muslim communities in Europe is real and that it is not just an imagination and this is why they should deal with the issue seriously.

EUBULLETIN: Also looking at your own background as a Muslim from Southeast Asia, do you think that it is more difficult for Muslim migrants to integrate into the European society when compared with migrants from other cultural and religious backgrounds?

S.Hasyim: I think that Muslims from Southeast Asian countries do not have big difficulties to integrate here. But for Muslims from Arab countries, they still have difficulties to integrate to the Western societies. It may actually also be due to the education they bring to Europe with them. This applies especially to those migrants without good education from the Arab countries or Turkey who came to Germany back in the 1960s and 1970s to find a job. But the 2nd and 3rd generation of these migrants is, I think, much better off because they mostly obtained a better education in Germany and this is why it is much easier for them to find a good full-time job. However, something that makes the integration of Muslims a little bit problematic is international politics – especially with regards to the Western position to Syria crisis and Palestine conflict which are very divisive issues.

EUBULLETIN: Do the media in Europe play a positive role or rather negative role in facilitating the integration of Muslims into European societies?

S.Hasyim: The media are, of course, playing an important role but they may not sometimes fully understand the situation of the Muslim people. This may be the case also because sometimes the journalists themselves have a lack of knowledge of Islam and the related issues. But right now many journalists in Germany, for example, start to know more about Islam. For instance, many graduate students from Islamic Studies are now working as journalists in German media. I have a friend from my institute, after obtaining her PhD, she is now working as a professional journalist. And there are many other examples like this one. So, I hope that the European media will now present the public with a more nuanced and balanced perspective on Islam. For example, not enough space in European media is devoted to Islam in Southeast Asia and I hope that in the future European media can cover a lot of the good and positive things about Islam from Southeast Asia, including Indonesia as the largest Muslim country in the world.

EUBULLETIN: On the issue of building multicultural societies in Europe, if you look at Paris, Berlin and London, these cities are a kind of window into the European future – they show us what Europe may increasingly look like in the future. Are the European governments, in your view, pursuing effective policies to deal with the increasing diversity of European societies?

S.Hasyim: For me, the multicultural policies the European governments pursue are a good model to be emulated elsewhere in the world. Even I would say that the European model could be used by many Muslim countries. Of course, there is sometimes a misperception from both the Western states and Muslim countries about each other but both sides must work hard to overcome this misperception. And right now there are lots of initiatives done by both sides, such as in the form of inter-religious dialogue. I know for instance that the Ministry of Foreign Affairs of Indonesia has pursued a project with the German government that focuses purely on how to promote an inter-religious dialogue. I hope that this kind of model can be imitated by all European governments and their counterparts in Muslim countries.

EUBULLETIN: You seem to be overall very optimistic but can you perhaps see some space for improvement in how European governments deal with their respective Muslim minorities?

S.Hasyim: I think Islamophobia in general is still a bit problematic. But in general, for me, as a Muslim who has lived in Germany for five years, I have not had any problems in the Western public sphere. Still, one problem that could be criticized is a place for worship for the Muslim community. In Germany, the restriction or regulation is still very strict. However, I must admit that if Muslim people living for instance in Berlin want to have a mosque, they face similar challenges like the Christian people in Indonesia who desire to build a new church. In this respect, both the Muslim minority in Europe and the Christian minority in Indonesia are faced with the same problem.