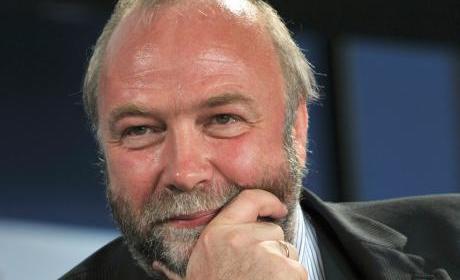 Günter Nooke, German Chancellor Angela Merkel’s Africa Commissioner, recently harshly criticized a number of free trade agreements between the European Union and African countries saying that these deals destroy Africa’s economic development by counteracting Europe’s development policy. “Economic negotiations should not destroy what has been built up on the other side in the Development Ministry”, he commented, and reminded that European countries contribute a lot of money towards various development programs in Africa.

The Economic Partnership Agreement (EPA) between the EU and several African countries encourages them to open up a substantial part of their economies – as much as 83 percent of their markets – to EU imports. At the same time, the partnership agreement envisages a gradual elimination of tariffs and fees for EU imports. As a reward, African states will be granted a customs-free access to the European market but many African economies still hesitate to join the EPA because of concerns that they will lose their competitive advantage against EU firms. One of the most important economies that resisted the deal was Kenya. The country refused to sign the agreement, which triggered “retaliation” from Europe. The EU imposed import tariffs on numerous Kenyan products, which reportedly led to many layoffs in a number of African firms. Given this pressure, Nairobi signed the agreement two weeks ago.

According to Andrew Mold of the United Nations, the EPA is a real threat to the African economy in the long run. “The African countries cannot compete with an economy like Germany’s. As a result, free trade and EU imports endanger existing industries, and future industries do not even materialise because they are exposed to competition from the EU,” he added. On the other hand, Germany’s centre-right politicians argue that the deal with African countries provides them with an opportunity to catch up with Europe. The EU Commission also defended the EU-Africa deal saying that 20 percent of domestic African products will remain protected in the long run.