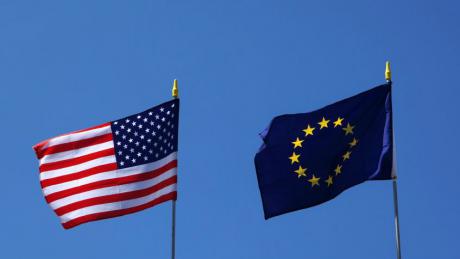 Financial services are not going to be part of the agenda of the next round of negotiations on the Transatlantic Trade and Investment Partnership (TTIP), according to a leaked document describing the European Union’s first offer to the US on trade in investment and services. The leaked draft indicated that Brussels considered the ambition of the EU offer to be closely connected to the progress of discussions on regulatory cooperation, which is why commitments in financial services would be included at a later stage of TTIP talks. An attachment addressed to EU Member States said that the draft TTIP did not contain any commitments on financial services whatsoever. Given the firm position of the United States to include regulatory cooperation on financial services in the transatlantic deal, it is deemed proper not to encompass any commitments on financial services in the EU’s market access offer for the time being.
Although the current situation might change in the future if Washington shows readiness to engage solidly on regulatory cooperation, it is not expected that financial services will be included in the TTIP in the end as finance is among major points of discontent between Brussels and Washington. While the EU pushes for financial services to be included in any deal, the US Treasury has been against regulating their financial sector with Europeans. Despite the current unwillingness to negotiate finance, the EU said it reserved the right to change this position even during the course of talks themselves as accounting and auditing services are already meant to be part of the talks. Moreover, services in rail and road transport, maritime transport, health, tourism, water, real estate, and education are also included. TTIP is heralded by its supporters as the first 21st century trade deal which will set standards for all future negotiations on trade agreements. Yet, the giant US-EU deal has been censured by civil society and non-profit organizations on the grounds of “clouded secrecy”.