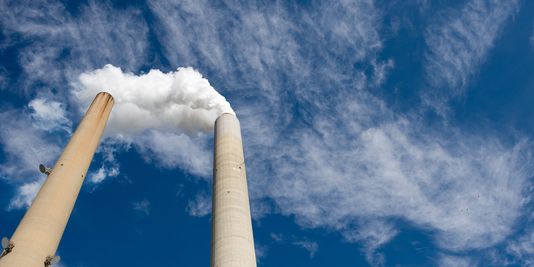 It seems that the European Commission is not able to decide whether the ongoing economic crisis has been the main cause of a drop in CO2 emissions. Although it stated in its report released in November 2012 that ‘the economic crisis was clearly the major cause of a significant reduction in CO2 emissions,’ newest findings have shown that it was rather a massive adoption of renewable energies for last eight years that made the biggest contribution. According to CDC Climat, Europe’s CO2 emissions have declined by about 1.1 gigatons of CO2 since 2005.
Along with the renewable energies – that form about 20% of all energy sources – there have also been other incentives to decrease CO2, such as increasing energy efficiency by 20% or tax policies that helped promote the adoption of green energies. Therefore, the interest in renewables was a bit of a surprise for everyone. For instance, Eurostat reports that ‘renewable electricity’ grew from less that 14% to more than 20% of the total between 2005 and 2011.
Particularly the adoption of the newest technologies, like wind turbines or photovoltaic panels, are believed to have contributed the most to the decrease in carbon dioxide. CDC Climat calculated that these energy sources alone decreased the emissions by about 50% of the overall decline, which amounts to about 500 million tons of carbon. In contrast, economic crisis contributed by less, about 300 million tons of carbon. Although the decline in CO2 is undoubtedly an improvement, it makes the Union’s carbon market falter. The price of carbon plays an important role in the emissions reduction, yet it largely contributed to the switch from coal to gas.