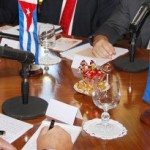 Brussels and Havana have opened the next round of talks, slowly turning their attention to the most delicate and problematic issues such as human rights and politics. Cuban state media informed yesterday (9 September) that both partners were set to “conclude negotiations on cooperation and trade and open discussions on political dialogue” during the two-day talks. Cuba would generally like the EU to remove its 20-year-old condition that the communist island will introduce democratic reforms.

The EU froze relations with communist Cuba in 2003 when Havana arrested dozens of journalists, librarians, and human rights activists on the basis that they were acting as agents of the United States by accepting aid from the U.S. government. As a result, the Cuban Cuba refused any direct aid coming from Europe, which became known as the cocktail wars. Brussels launched talks aiming at restoring relations between both regions in April 2014 with the underlying objective to encourage Havana to improve its track record of human rights abuses. Both sides have significantly accelerated the process since Cuba and the United States made a historic rapprochement and reopened their embassies earlier in July.

The EU and Cuba have now set themselves the deadline of 31 December to find a common ground even on sensitive topics although many believe that the end of this year is not very realistic despite some limited progress already achieved. Obviously, the most delicate question remains human rights. “Our differences aren’t new and we didn’t just discover them in June. We agree on a lot of points, but on other issues we are so far agreeing to disagree,” the Cuba-based EU top diplomat, Herman Portocarero, said. He added that he hoped to “find the right formulations and vocabulary for a framework deal that will allow for evolving positions.”