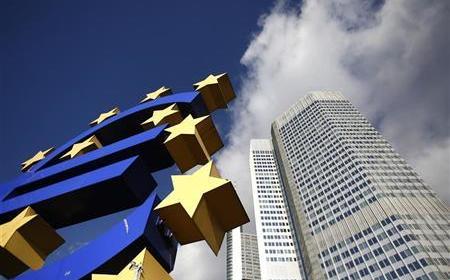 The boss of the European Central Bank (ECB) has discussed the option of unleashing a new wave of monetary stimulus to boost the European economy with German Chancellor Angela Merkel and French President Francois Hollande. On Monday (1 September), the French and German leaders said that they shared the same “worry about growth and inflation” in the common currency area as Mr Draghi did.

The bank’s executive board is meeting this Thursday (4 September) to decide what actions to take to improve poor economic performance in the euro area. The Purchasing Managers’ Index (PMI) has fallen to its lowest rate in more than a year this week although with 50.7 percent it is still above the imaginary threshold of 50 percent dividing growth and stagnation. It is believed that the main driver behind the dismal growth in Europe is the ongoing crisis in eastern Ukraine combined with anti-Kremlin sanctions, which are undermining the confidence of investors in the European market.

The ECB would like to follow in the steps of its counterparts, U.S. Federal Reserve and the Bank of England, by starting off a bond-buying program with the aim to stimulate economic activity. It is not yet known whether the program will be launched by the end of this year but another initiative – a four-year program of inexpensive loans for banks – should begin already this month. Under this program, cheap loans will be provided to those banks that will commit themselves to increase lending to firms. European policymakers are once again under pressure to tackle the dangerous combination of very low inflation, high unemployment, and economic stagnation throughout the eurozone. This will likely ignite an ideological “battle” between Germany, Italy, and France. While Germany is a vocal supporter of austerity measures, France and Italy call for the ECB to come up with a new stimulus to boost economic growth.