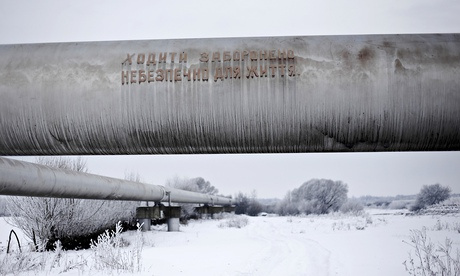 The cat and mouse game between Russia and the European Union on gas further escalated on Wednesday (1 October) with Russia reportedly having cut supplies to Slovakia by a half. The country’s Prime Minister Robert Fico told the media that the drop came without any warning and described the move as being part of “a political fight” between both powers. In what could be seen as an outright criticism directed at Russia, Mr. Fico then asserted that “This isn’t about a lack of gas, it’s about playing with gas supplies as an instrument of political posturing”. Russia’s move is also widely seen as a bad sign for EU efforts to broker a deal on Ukraine. However, according to Mr. Fico, Slovakia’s national distributor, SPP, should still be able to fulfill its commitments on reverse flow of gas to Ukraine while also supplying its customers in Slovakia and the Czech Republic. Although he does not expect a gas crisis to be repeated this winter, the Slovakian Prime Minister called on Brussels to get assist the country in dealing with Moscow.

Earlier this year, Slovakia, Poland, and Hungary agreed to start selling Russian gas back to Ukraine – using a system generally referred to as ‘reverse flow’ – after Russia cut off its neighbour in a price dispute in June. However, after the visit of the CEO of the Russian energy company Gazprom to Budapest last week, Hungary also cut off gas supplies to Ukraine. The latest developments come ahead of meetings between EU officials, Russia, and Ukraine on today and tomorrow (2-3 October). The EU commission has proposed a deal for Ukraine to pay Russia $3.1 billion of debt and to pre-pay for gas month by month at above market prices until April in return for 5 billion cubic metres (bcm). If the three sides are not able to reach an agreement, Ukraine won’t be able to supply EU transit customers as usual. Meanwhile, German Chancellor Angela Merkel and EU Commission chief Jose Manuel Barroso have urged Russia not to further escalate the already ‘simmering’ gas war.