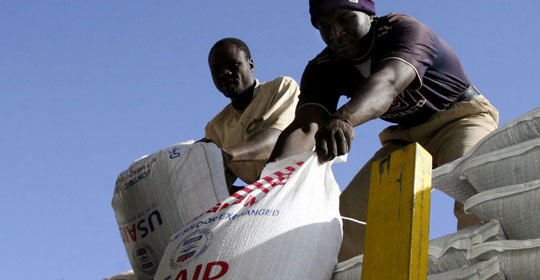 Publish What You Fund – the global campaign for aid transparency – has announced that it has placed France near the bottom of its 2014 international rankings for aid transparency, which is widely seen as yet another blow for French development aid policy. The Aid Transparency Index ranks the 68 leading aid agencies, including those based in Europe and the United States, and also multilateral organizations such as the World Bank. Publish What You Fund has concluded that “almost a third of the organizations included in the 2014 ATI (22 out of 68) are classed as ‘very poor'”, which only illustrates the generally unsatisfactory picture of transparency in development aid. While the United Nations Development Program (UNDP) has topped the list, China ended up in the bottom position for the second year running.

The Index is not flattering for France’s aid agencies with two French agencies, the French Development Agency (AFD) and Ministry of Economy and Finance (MINEFI) faring poorly, coming in at 44th and 58th place respectively. Occupying the 28th place, Ministry of Foreign Affairs has been the highest performing French agency for 2014. Overall, these French aid agencies were criticized for their lack of ambition, with only the AFD being described as “quite ambitious”, while the other two French agencies’ ambitions being “non-existent”.

In response to these unfavorable rankings for French aid agencies, the country’s Secretary of State for Development and Francophonie, Annick Girardin, stressed that transparency is one of the strong points of French development aid policy. The Secretary of State has explained that the government has “launched a website to improve transparency in aid to Mali, which brings together all the data on projects in the country funded by French aid. This allows us to follow the development of projects on the ground.” This website dedicated to the aid to Mali has been replicated for all other priority countries for French aid, namely Burkina Faso, Niger and Mauritania.