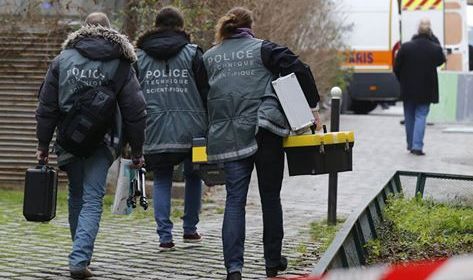 At least 12 people are dead following an attack on the headquarters of a French satirical magazine Charlie Hebdo in Paris’s 11th arrondissement at about midday today (7 January). The three hooded gunmen – described by a police union spokesman as “commandos” –armed with Kalashnikovs attacked and opened fire on journalists and police guards, killing 10 journalists and two police officers and leaving at least five people seriously injured. The three men are still on the run after fleeing the bloody scene in a getaway car driven by a fourth accomplice.

The popular French magazine has history of defying attempts to curtail freedom of expression – it was only moments before today’s fatal attack on Charlie Hebdo’s offices that the latest provocative cartoon was published, wishing a happy new year “and particularly good health” to Abu Bakr al-Baghdadi, the leader of Islamic State (ISIS). Moreover, Charlie Hebdo’s cover of this week’s edition features a well-known French writer, Michel Houellebecq’s, provocative new novel, Submission, which satirizes France under an fictional Muslim president. These are only the latest two examples of publications by which the satirical magazine effectively responded to various forms of intimidation, by trying to be even more outrageous and disrespectful of both political and religious authority.

In November 2011, the magazine’s offices were fire-bombed immediately after it published what was presented as a ‘special edition’, which was purportedly guest-edited by the Prophet Muhammad and temporarily renamed “Charia Hebdo”. The cover featured a cartoon of Prophet Muhammad who threatened the readers with “a hundred lashes if you don’t die laughing”. The magazine’s website was hacked and its staff, namely its editor-in-chief, Stéphane Charbonnier, who reportedly died in today’s bloody attack, have been subjected to repeated death threats.