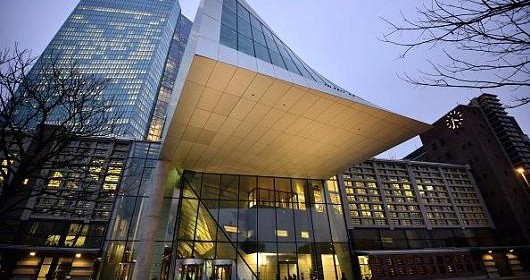 The European Central Bank (ECB) is looking for options how to soften the highly anticipated government bond purchases. One of the possibilities discussed in the ECB’s headquarters in Frankfurt is a hybrid form of quantitative easing (QE), which would combine the ECB purchasing debt with risk sharing across the single currency area. This would allow for a separation of purchases from national central banks, which is one of Germany’s biggest concerns. While the meeting should reportedly decide which QE scenario will be used to tackle deflation in the euro zone, rumour has it that the ECB is preparing to launch QE even ahead of its policy meeting on January 22.

The backbone of a successful QE program should meet German concerns, decide about how much risk should be involved, and please investors and businessmen who are anticipating money-printing. The mainstream opinion, however, has it that anything short of an unlimited money-printing will not manage to revive the European economy. According to Paul de Grauwe of the London School of Economics, any move to leave the responsibility and risk of bond-buying with national central banks poses a threat to the single currency area. “This would be a kind of step towards the disintegration of the euro zone,” he thinks.

A central bank source close to the ECB Governing Council admitted that there is certainly “more of a consensus” than before that QE will likely be inevitable. However, there are still many divergent views on many related issues, such as risk sharing or the volume of QE, what contingency plans there are available and so on. Another source added that so far a volume of 500 billion euros has been suggested. Moreover, the ECB is reportedly discussing whether it should buy a share of the total program so that in case of default the risk would be shared by national central banks depending on their capital share. The rest of the volume would then be purchased by national banks themselves but at their own risk. Some sources hint that this could be a viable option although nor the ECB nor Bundesbank wanted to comment on this issue.