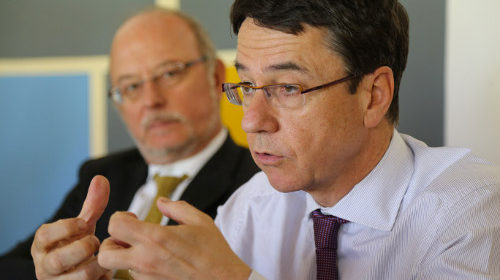 The EU’s strategy during the negotiations about the successor of the Cotonou Agreement with African, Caribbean and Pacific nations (ACP) is going to center on migration. Negotiations between the EU and the ACP countries are to begin later this year and their outcome should be a replacement of the 20-year old deal with the 78 ACP nations.

“The EU’s new partnership with Africa must do more with migration [policy]. We must partner with Africa to fight trafficking and migrant smuggling,” said Koen Vervaeke, Managing Director for Africa at the European External Action Service (EEAS). “However, we also want to improve mechanisms for the legal migration of Africans to come to Europe.” Mr. Vervaeke commented that the “EU recognizes the burden of the refugee population in African countries. Over €3 billion to date has been invested by the EU in economic and security opportunities in Africa.”

The current agreement is aimed at the reduction of poverty and the promotion of sustainable development and although it has a political dimension too, and while it’s focused on arms trade, peace and security, migration does not constitute a prominent part. The ultimate goal of the Cotonou Agreement was to give a stronger political foundation to ACP-EU development cooperation.

This time, the Commission would like to see higher levels of conditionality and sanctions. No funds will be allocated to countries violating human rights, with the repayment of funds to be demanded if Brussels determines severe breaches. “Enforcement [of Cotonou] has always been weak. The EU will want it to be much tighter”. EU governments will agree on their final mandate for Cotonou 2.0 in about two months’ time. The ACP countries are expected to finalize theirs in the summer, weeks before talks are due to begin in the summer.