TTIP: From Wavering to Standing Tall 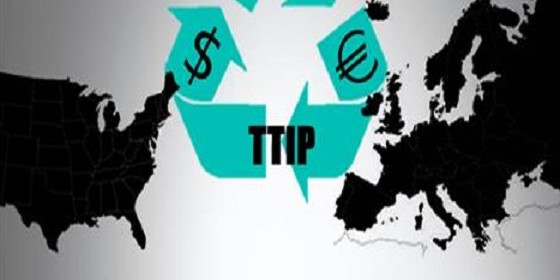 The Transatlantic Trade and Investment Partnership (TTIP) is becoming increasingly controversial. This landmark deal between the United States and the European Union is being negotiated “behind closed doors”, which is a fact that is frequently criticized by many parties who point out that the whole process is not transparent and undemocratic. The Progressive Alliance of Socialists and Democrats (S&D), a political group of the European Parliament that unites social democrats is one of the stakeholders presenting constructive critique because it perceives TTIP as a valuable idea whose implementation must be properly discussed.

The Social Democrats agree that the EU political actors are not paying enough attention to the ongoing negotiations. TTIP is either wholly accepted or radically condemned, as if a moderate and more nuanced position ceased to exist. Hence, it is the objective of the Party of the European Socialists (PES), which comprises the majority of the S&D, to fill this vacuum.

Most criticized is the exclusive mandate of the European Commission to negotiate with their U.S. counterpart. According to Social Democrats, other significant interest groups, such as the unions or the social service providers, are allowed to participate only sporadically and are subject to unfavorable conditions – they lack relevant materials and sufficient time for adequate preparation for the negotiations. A second substantial concern is the vague image of the specific benefits of TTIP, especially with regard to the quality of jobs, potential need for requalification, and the overall improvement of the general living conditions of EU citizens, which the Transatlantic Partnership promises to provide.

It is generally agreed upon that the TTIP negotiations should better clarify the role and contribution of the individual Member States, as well as accentuate the international context with regard to the UN or NATO. From the information available, it is obvious that TTIP has so far been in the hands of very few people and the overall awareness of the relevant political actors or the public at large about this crucial project has been negligible. To tackle these important issues, the debate should be widened to include more relevant stakeholders and the deal should be meticulously reviewed so that it could really be for the benefit of EU citizens.

(The study can be downloaded here:http://www.feps-europe.eu/en/publications/details/263)