France Fined Over €1 billion due to Fraudulent Subsidies 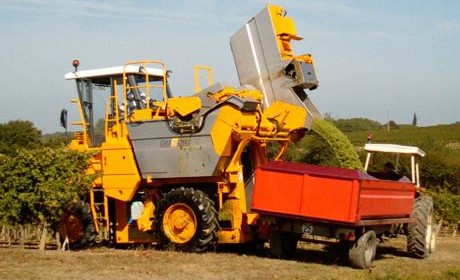 France is required to pay more than €1 billion to the European Union in agricultural assistance that was claimed in an unfair way during a four-year period. The money for the aid that Paris must return accounts for about two percent of the €40 billion that France was granted in 2008-2012 under the EU’s Common Agricultural Policy. The amount that must be paid in three instalments by 2017 can be seen as a penalty for France’s failure to check whether farmers’ claims for subsidies were justified. Most problematic cases concerned environmental issues and way the area of arable land was calculated.

Out of 28 EU Member States, 15 are required to pay back part of the farm aid that they had received, but France was hit the worst. The initial amount demanded from Paris by Brussels was €1.8 billion but France managed to lower the sum to €1.07 billion. The “fine” comes only months after British Prime Minister David Cameron made a fuss about his country’s bill of €2.1 billion that Brussels had calculated based on the EU Member States’ budget dating back around ten years. London, however, also managed to lower the bill – by a half – and to extend the deadline for payment until September this year. The initial deadline was December 2014.

The Common Agricultural Policy is a system of agricultural subsidies and other programs that was introduced in 1962. It accounts for about 38 percent of the EU’s budget and the criticism of the policy is almost as old as the policy itself. The most problematic parts include cost, and environmental and humanitarian impacts.