Changing Banking Supervision in the Eurozone: the ECB as a Policy Entrepreneur 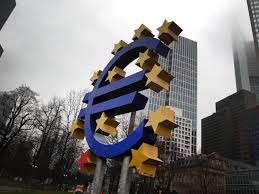 Since the creation of the single market in the late 1980s, there have been tensions in the EU between the desire of European Union bodies to create an overarching regulatory framework and the national tendencies favouring a regulation based on international cooperation. Advocates of the supranational approach predicted that market integration cannot be combined with financial stability in the absence of centralized supervision.

The banking crisis of 2008 revealed weaknesses of the national approach. Governments were dealing with the crisis and cross-border banking problems without any prior plans, although the EU laws presupposed the existence of emergency measures. The reality resembled the prisoner’s dilemma type of interaction between governments, which, of course, was not optimal for the taxpayers.

A breakthrough was made during the June 2012 Eurozone summit, which led to the decision to make the ECB a single banking supervisor in the Eurozone countries. The legislation significantly strengthening powers of the ECB entered into force in November 2014. The new powers include issuing of bank licenses and direct supervision of approximately 130 institutions that originally fell within the competence of national authority.

These changes are not merely an evolution of the previous state of regulatory competition of national banks, but a completely new approach, which is redefining the role of both the national banks and the ECB. There is a new banking authority – supervisory board – that operates independently from the governing council, which remains focused on monetary policy. Entrusting both monetary policy and bank supervision in the hands of the ECB indicates a shift in economic thinking that does not consider monetary stability and low inflation satisfactory anymore.

Transformation of the regulatory environment was made possible thanks to the shifts that occurred after 2010 in three different areas. Firstly, political analysts warned that the condition of banks and states cannot be viewed as divorced from one another. Solid banks in weaker countries faced problems, while poorly managed banks in strong economies were able to expand, which further aggravated the economic imbalances in the Eurozone. Secondly, a change to policy took place. The situation in Spain was a crucial point, which redefined the very nature of the crisis. The refusal of the Spanish Government to take out the Eurozone loan caused an obvious distinction between the state of banks and the national debt.

This was not achieved in Ireland, where the state budget incorporated bank liabilities. However, despite a satisfactory state of the national debt, bad condition of Spanish banks increased uncertainty and weakened the financial possibilities of the Madrid government. Thirdly, the ECB itself became a political player, who was the first to present a draft of the central supervision. This was made possible due to personnel changes in the board/council. Nevertheless, in spite of this development, fiscal supervision and economic union remain unresolved issues of the Eurozone.