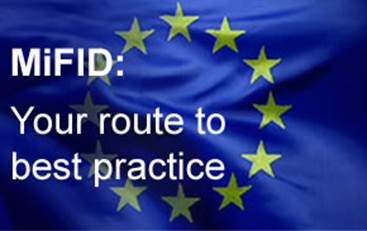 EU lawmakers have recently reached a new agreement on rules regarding commodity trading. Financial markets will be newly subject to the so-called Market in Financial Instruments directive (MiFiD), which will limit financial positions in commodity derivatives with the aim to prevent abuse and market distortions. MiFiD is also to become the very first piece of EU legislation that provides rules for mathematical algorithms that will be used in high frequency trading. The European Commission announced that it would have brushed up MiFid rules almost three years ago, but the draft turned out to be controversial for MEPs, which resulted in more than 1,500 amendments.
Companies engaging in high frequency trading, which involves thousands of trades per hour, will have to establish “circuit breakers” that terminate the process of trading if prices get too volatile. Moreover, the law also enhances investor protection rules as businesses will have to withdraw problematic products as well as tailor bespoke financial instruments for customers who are interested in trading in them. According to Michel Barnier, the EU financial services commissioner, the agreement is a decisive step towards making the financial system more responsible, open and safer. The EU Green Party added that the deal marks a key step in eliminating harmful practices in investment markets and promoting safer food and commodity trading. According to market specialists, speculation in commodity markets has led to volatility in crop prices, causing a knock-on effect on the price of food.
Great Britain, having the EU’s largest financial services sector, along with six other countries, formed an opposition to limits on commodity speculation, securing the support of six other countries. As a result, the European body regulating the financial sector – the European Securities and Markets Authority – will have to develop methodology for calculation on which national limits will be based. MEPs and the EU Commission believe that the regulator itself will be eligible to set limits. The advocacy organization Oxfam has already warned that ineffectively high limits might bring about a regulatory race to the bottom, which is a real risk mainly for Great Britain.