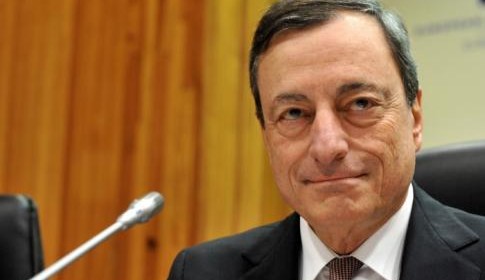 Mario Draghi, President of the European Central Bank (ECB), said yesterday (11 March) that the bank’s massive program of quantitative easing (QE) does not mean that Eurozone governments will not need to continue with their reform efforts. As a matter of face, the bond purchase program will only magnify the benefits of such reforms, the ECB thinks. “The beneficial impact of our asset purchases on financing conditions, rather than reducing the incentives for reforms, will actually increase the benefits of such reforms,” Mr Draghi explained when speaking at a banking conference in Frankfurt.

The ECB has started a policy of bond purchase called quantitative easing under which it presumes to purchase 1.14 trillion euros worth of bonds over the next year and a half. The QE aims to provide the markets with liquidity, protect the economy from deflation, and boost growth in the Eurozone. However, QE has not been unanimously embraced by the presidents of all of the Eurozone central banks. Jens Weidmann, the president of Bundesbank, reminded again that the bond purchase program only reduces the pressure on Eurozone governments to fix their finances. “Once more, the ‘Eurosystem’ (of central banks) is paying in advance,” Mr Weidmann said and added that “governments and the EU Commission must now use the time to bolster the long-term growth conditions in the euro area”.

According to Mr Draghi though, ECB’s QE “is a valid and effective tool to bring inflation closer to our (ECB’s) policy goal. It can support a faster and more sustained recovery. This will especially be the case if it falls on fertile ground,” he said. In his opinion, QE can enable governments to create a more investment-friendly environment thanks to low interest rates and a lot of liquidity. “Firms will be encouraged to increase investment, bringing forward the economic recovery,” Mr Draghi thinks.