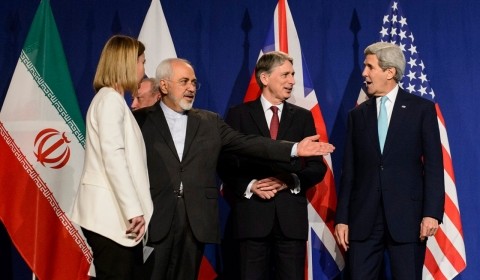 Yesterday (April 8), the European Union re-added more than 30 Iranian shipping companies and a major bank on its sanctions blacklist. A European court had earlier erased 37 shipping companies and Bank Tejarat from the list due to insufficient and inadequate evidence. The General Court of the European Union, the second highest in the block, later suspended the decision to make time for EU members to appeal and eventually solve the matter using other legal tools. Last week, however, the EU brokered a deal, following the talks in Lausanne chaired by Federica Mogherini, between six major powers and Tehran on its controversial nuclear program. The agreement should eventually relax most of sanctions if Tehran sticks to its commitments regarding the restrictions on uranium enrichment.

The EU’s Official Journal announced on Wednesday (April 8) that 32 of the companies have been blacklisted again along with Bank Tejerat “on the basis of a new statement of reasons.” The Journal said that “Bank Tejarat provides significant support to the government of Iran by offering financial resources and financing services for oil and gas development projects” and added that the bank “can (also) be identified as being involved in the procurement of prohibited goods and technology”. On top of the blacklisting, the EU removed three individuals from the list but provided no explanation.

Iran has lived under some form of international isolation for more than thirty years. Following the Iranian Revolution of 1979, the United States imposed sanctions against the country and later expanded them in 1995 to cover also companies cooperating with the Iranian government. In 2006, the UN Security Council passed Resolution 1696 imposing sanctions on Tehran due to its refusal to suspend the uranium enrichment program. The sanctions have intensified since 2010 on the same grounds. Tehran has insisted that the program was solely for civilian purposed and condemned the punitive measures.