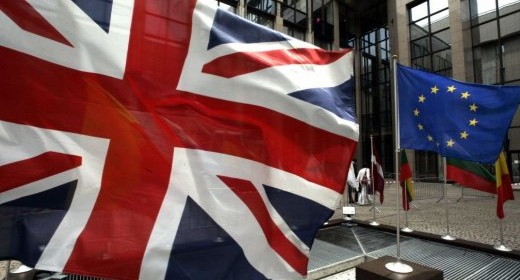 In January 2013, the British Prime Minister David Cameron announced that in case of the Conservative Party’s victory in the upcoming parliamentary elections, he will ensure that the referendum about the UK staying in or leaving the EU will take place in 2017. This declaration was the culmination of the dispute between the pro-European and anti-European Tory factions, in which the latter prevailed. The call of the Eurosceptic Conservatives to re-negotiate the conditions of the British membership in the EU has become ever stronger since the outbreak of the economic crisis, which brought new dynamics in the area of economic integration. Apart from that, Cameron is trying to regain voters who were lured away by the UKIP.

The result of this year’s British elections is unpredictable. However, one can be sure that the winning party will have to govern in a coalition. There are many possible scenarios for the future development. If the Conservatives win, the 2017 referendum can be expected in due course. If the Conservatives govern alone, David Cameron will keep his support for the UK to remain in the EU, while European partners will be willing to negotiate and the Tories will probably vote against leaving the Union in the referendum. In case that the Conservative Party is in a coalition with UKIP, Tories could split and the Eurosceptic Conservatives will call for the UK to leave the EU. If the Labor Party wins, there will probably be no referendum at all provided there are no significant changes in the founding treaties.

The Union should try to prevent the potential “Brexit” in a number of ways. In the run-up to the elections, the EU should not do anything to alienate the prospective new government promoting the referendum. Perhaps the EU could express a certain willingness to re-negotiate the terms and conditions of the British membership. After the elections, if the Labor Party wins, the EU will gain more time that could be used for improving its economic situation and its image in the eyes of Britons. However, if the UK is led by a conservative government, the EU should consider partially appeasing the British demands in the areas such as social and labor law, the free movement of persons, agriculture, or Financial Transaction Tax. Great Britain must be reassured that it will not be discriminated against in the single market as a Eurozone non-member and, furthermore, the Union must persuade the Britons that the EU and the UK need each other.