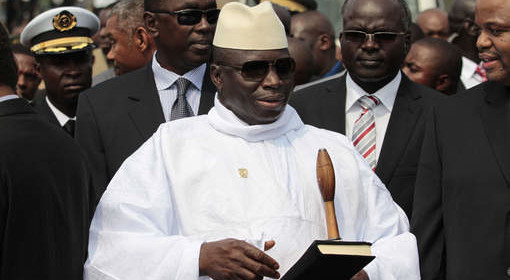 After Gambia had expelled a top EU diplomat Agnès Guillaud from the country, stating no reason, Brussels summoned the Gambian representative for a clarification. Ms Guillaud, who was the EU’s chargée d’affaires in Banjul, got 72 hours on Saturday (6 June) to leave Gambia. The EU is very surprised by the move, which does not provide any obvious and tangible reasons. “There appears to be no justification for the decision by the Gambian authorities. We are astonished by this announcement, which came with no explanations,” an EU spokeswoman said.

The EU has, however, been criticizing the tiny West Africa country over human rights issues and mostly anti-homosexuality laws. Last year, Brussels blocked aid to Banjul worth about 13 million euros and was debating whether to freeze another 150 million euros in aid this year. Gambia is a tiny splinter of land inside Senegal and as such is one of the continent’s smallest nations with about 1.9 million people. The country has been governed by President Yahya Jammeh for 20 years, who came to power in a coup. His rule has been firm, which has attracted substantial international criticism over human rights but also over his claims that he can cure AIDS.

Although no details and reasons for the expulsion of the EU diplomat have been provided, a separate statement from President Jammeh’s office condemned a statement last month by U.S. National Security Adviser Susan Rice in which she said that his comments against LGBT community are “unconscionable”. The presidential statement in turn said that the U.S. criticism is part of a continuous campaign to besmirch Gambia and its leadership because of its opinion on homosexuality. However, President Jammeh defended his stance in a statement from his office saying that “the government reminds all that homosexuality is totally against the religious, cultural and traditional values of Gambia and would thus not be tolerated”.