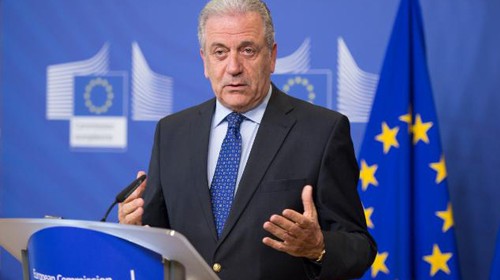 The European Commission yesterday (9 March) proposed to the Council of European Union and the European Parliament to lift the visa requirements for the citizens of Georgia when entering the Schengen area. The proposal follows a positive evaluation in which the Caucasian country met all benchmarks under the Visa Liberalization Action Plan. Commissioner for Migration, Home Affairs and Citizenship, Dimitris Avramopoulos, commented that the Commission’s proposal is a follow-up to the EU’s commitment to ensure visa-free travel for Georgian nationals.

“Today’s proposal recognises the efforts of the Georgian authorities to carry out far-reaching and difficult reforms with a significant impact on the rule of law and the justice system.” Mr Avramopoulus added. If the proposal is adopted by the European Parliament and the Council, Georgian nationals will be able to travel to the Schengen area for up to 90 days visa-free if they are holders of biometric passports. The visa-free travel will apply to all EU countries, except for the UK and Ireland, and the four non-EU but Schengen-associated countries (Iceland, Lichtenstein, Norway and Switzerland). For travels longer than 90 days, Georgians will still have to obtain visa. The visa exemption, however, does not guarantee the right to work in the EU.

Visa-free region in a well-managed environment is one of the core objectives of the Eastern Partnership. The main tool for attaining an enhanced mobility program is the Visa Liberalisation Action Plan (VLAP), which is tailor-made for each partner country and structured around four blocks concerning, firstly, document security, including biometrics, secondly, integrated border management, migration management and asylum, thirdly, public order and security and, finally, external relations and fundamental rights. The dialogue with Georgia was initiated on 4 June 2012 and presented to the Georgian authorities on 25 February 2013. The last progress report on reforms and progress was adopted in mid-December 2015. EU citizens have been able to travel visa-free to Georgia for short stays since 2006.