Dispute over the Next Cotonou Agreement: EU Criticized for a Lack of Reciprocity 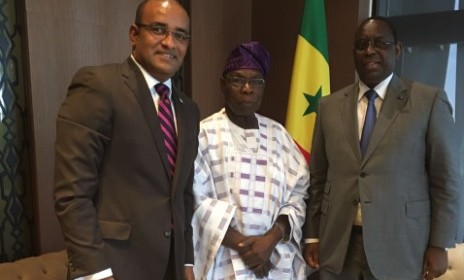 The European Union and the 79 Member States of the African, Caribbean and Pacific Group (the so-called ACP countries) met in Dakar, Senegal’s capital, last week to discuss a successor deal to the current Cotonou Agreement, which expires in four years. The Cotonou Agreement aims at the reduction and eradication of poverty while contributing to sustainable development and to the gradual integration of ACP countries into the global economy.

The Cotonou Agreement is a pillar for a stronger political foundation between ACP and EU countries. As such, political dialogue is a key aspect of all arrangements in that it addresses new issues that have not been previously dealt with – such as peace and security, arms trade and migration. Moreover, the element of “good governance” has been included as well and its violation might lead to partial or complete suspension of development cooperation between the EU and the country that is found to have seriously breached the its principles.

During the talks in Senegal, the EU stated that it wanted to see more “flexibility” towards the poorer states in the remaining negotiations. ACP’s representatives actually criticized the EU for not giving their countries enough freedom in decision making. Bharrat Jagdeo, the former President and Prime Minister of Guyana, said that “I think our European partners have not listened to us many times”, adding that there is a need for an “honest debate”. Mr Jagdeo added he was “tempted to list all the things that [are] wrong with the partnership over the years.” Although he also admitted that there were certainly things that worked well in the mutual partnership, such as the development assistance, he said that the decisions “seem to be the preserve of Brussels and a few groups in the know.”

EU and ACP leaders meet annually to discuss the successor of the Cotonou Agreement that was signed in Benin in 2000 and replaced the previous agreement, the Lome Accords of 1975. Mr Jagdeo emphasized, speaking on behalf of many ACJ representatives, that the next deal must do a better job when it comes to reciprocity and non-preferential treatment. The next summit of EU-ACP leaders will take place in Papua New Guinea in May where the participants will also discuss “reform and reposition” of the organization.